Pokémon Unite is a free-to-play, multiplayer online battle arena (MOBA) video game developed by TiMi Studio Group and published by The Pokemon Company for Android and iOS and by Nintendo for the Nintendo Switch. Unlike other genres of games, MOBA has a very steep learning curve and depends heavily on your skills. Pokémon Unite has no exception to this. Ranked matches are more thrilling compared to standard matches. By ranking up, one will be able to get Aeos Tickets which can be used to buy items in-game. In this article, we will guide players in the ranked system in Pokémon Unite and discuss the tips to do well in Ranked matches.

Ranked matches in Pokémon Unite: How to unlock

When one starts on Pokémon Unite, ranked matches are locked. Fortunately, the unlocking of ranked matches is fairly simple. The main requirements of unlocking ranked matches are reaching level 6 and owning at least 5 pokemon unite licenses. Simply by playing standard matches, one can easily reach level 6. During that process, players can earn Aeos coins to unlock Pokémons. This system is mainly there so that players will get the chance to learn about the game mechanics and Pokémons before jumping into intense action.

There are a total of 6 ranks in Pokémon Unite, starting from Beginner to Master. In each of these ranks, there are several classes. Here is the list of ranks and their classes.

At the end of the season, players will receive rewards based on their highest rank. Here is the list of rewards for each rank.

One will also receive a seasonal reward which is an outfit by completing a few tasks.

Pokémon Unite: Top 15 tips and tricks one should remember

Held items play a very crucial role in your gameplay. These items provide Pokémons with increased attack, Special attacks, Movement speed, and much more. Utilizing this properly can significantly improve your gameplay. To know more, one must follow this guide on held items.

Before jumping directly into the game, it is important to know about the Pokémon, one is playing with. Head over to the Practice area to try out the Pokémon. This can help one understand his Pokémon better. Understanding the attacks, special attacks, and Unite moves will give a significant edge over the enemies.

Communication is very important for the ranked system in Pokemon Unite, and quick messages will guide players about different situations in which a player’s teammate might be facing at that moment. One should always update the moves to the teammate. One must always respond to the calls of the teammates. One must try using voice chat for better communication. If one cannot use voice chat, they should use quick chat messages to convey their message. This can make a huge difference.

Communication can make a huge difference. But most of the time, random squadmates do not respond properly and end up playing alone. Playing with friends will help one communicate better. This will eventually improve the coordination with them.

There are a total 5 types of Pokémons in Pokémon Unite:

Players should understand Pokémons, according to their strengths. For instance, one cannot use a defender Pokémon to play offense. Defenders have endurance but on the other hand, their mobility is slow. Players should always let speedsters carry balls for goal since they have faster mobility and are quicker in scoring points. In the case of an attacker, one must pair him with another defender/all-rounder as the attacker lacks defense and endurance. It is better to pair with a Defender or an All-Rounder.

Most of the players do disregard team composition. Payers prefer to choose an Attacker or Speedster. They tend to focus only on the offense and tend to ignore defense. An ideal team should consist of an Attacker, Speedster, All-Rounder, Defenders, and Supporters forming a proper mix. Defenders and Supporters are very important for a team in the course of a Unite battle.

In case one finds an empty spot for Defender or Supporter, he should just go for it. Just like football, not everyone can be a striker or an attacker. Defenders are very important as they can tackle the enemy striker from securing a goal. Similarly in Pokémon Unite, Defenders and Supports play a huge role. They don’t just prevent enemies from securing goals but also support allies, hindering enemies and helping other players collect the balls.

Lanes are the paths that connect both teams. It is very important to choose the lane for your own Pokemon. There are three lanes in the game of Pokémon Unite.

The Top lane consists of 2 Goals and some wild Pokemon for each team. Top lane also features Rotom which is a special wild Pokemon spawned in the middle of the Top Lane. When a Rotom is captured, it weakens the enemy goal and scores 20 goals. Top Lane is ideal for a Speedster, Attackers, and Defenders since one can score more goals, especially with Rotom.

Unlike other MOBA games, the central lane in Pokemon on Unite is a Jungle. There are no goals in the central lane. For most of the game, the central lane is pretty relaxed and easy-going. It has some wild Pokemon along with Bouffalant and Ludicolo. During the last two minutes of the game in the center of Central lane, a special boss called Zapdos will be spawned. This makes the enemy goal vulnerable for 30 seconds. Central Lane is ideal for a Speedster and an All-Rounder, as one can easily rotate since they have good mobility.

Bottom Lane consists of 2 Goals and some wild Pokemon for each team. The Bottom Lane also features Drednaw which is a special wild pokemon spawned in the middle of the Bottom Lane. Upon defeating Drednaw, players get a temporary shield for the entire team along with some experience points. Bottom Lane is ideal for Attackers, Supporters, and Speedsters.

Drednaw is a special wild Pokemon spawned in the middle of the bottom lane. At the 7-minute mark, Drednaw is spawned. Upon defeating Drednaw, it gives the entire team a shield and experience to level up. Drednaw is an important factor that changes the game. With the shield, it is easier to push the enemies and secure goals. On top of that, it gives experience points to the entire team which levels up the Pokemon.

Drednaw can help players easily destroy the bottom goals. But beware of the enemy team, while fighting with the Drednaw. It does not matter how much damage your own team does, whoever takes the final damage gets the experience and the shield. Drednaw despawns in the last 2 minutes.

Rotom is a special wild Pokemon, spawned in the middle of the top lane. At the 7-minute mark, Rotom spawns along the Drednaw. Upon defeating Rotom it weakens the enemy goal and immediately heads to the nearest goal and scores 20 goals. It is very important when to defeat Rotom. Rotom is not as important as Drednaw since it gives experience to the entire team, which is more important than 20 goals.

Attention alerts are very important to the game in Pokémon Unite. Most people ignore this and fail to understand the message. Here are the important messages of the attention alert.

Zapdos is a special boss Pokemon which spawns in the middle of the central lane during the last 2 minutes of the game. Zapdos is a game-changer. Upon defeat, it gives the entire team points and the ability to instantly score the goal. This can help the team destroy enemy goals with ease.

Just like Rotom and Drednaw, whichever team takes the final blow gets the ability. Thus, players must be beware of the enemy team when fighting. It is important to rotate to the central lane a few seconds before Zapdos spawns. This is so that, one can clear out any enemies and secure it before it spawns. If a team is 20 points behind or 100 points behind, defeating the Zapdos will ensure your chances of victory.

Bouffalant and Ludicolo are special wild Pokemon spawn in the central lane. Bouffalant upon defeating gives an orange buff. This buff helps in slowing down the enemy when hit. Ludicolo upon defeat gives a purple buff which increases the damage delta to the enemies when they have low health. They spawn during the start of the game along with other wild Pokemon. Defeating them at the start of the game gives an edge over the enemy. And most importantly one must defeat them seconds before the Zapdos getting spawned. This can give players a huge advantage over their enemies.

Performance points give you extra points towards the next rank when you get enough. For getting advantages in Ranked System, one must complete the following objectives:

What are your thoughts about the Pokemon Unite Ranked System guide? Let us know in the comment section below! 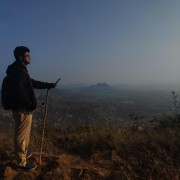