In TDM (Team Deathmatch) in PUBG Mobile, two squads are put into a map selected by both the random squads. Both the squads spawn at opposite ends of the map and the match starts in 5 secs. Within 10-20 secs, a very aggressive, rigorous, and fierce fight gets a green signal, so to perform well, one should customize the loadout. In this PUBG Mobile article, we’ll cover the 5 best gun combinations for the Team Deathmatch (TDM) mode. These guns along with their tips will help you ace to victory, if you already know how to play.

Searching for enemies, killing their full squads followed by having that ‘legendary’ tag. As the game gets over, it shows you as the MVP. Finally, a victory tag for your squad because featuring the best player in the game looks fantastic. Now, if you pay attention to the aspects or reasons for the aforementioned victory, then three reasons come to the fore.

Choosing a set of deadly weapons in the loadout will enhance your performance and a player should be knowing which gun will perform better in the close-range fights that happen in the Team Death Match or TDM.

M24 is a sniper and a favorite of most of the sniper rifle-takers of PUBG Mobile. The main reason for placing this gun on the top is because of its range and power. This gun is a beast in the hands of a player who is proficient in sniping. This is because if an enemy is into its range, then he can be defeated just by 2-3 body shots or 1 shot on the head. Although AWM is a better sniper than M24, it should be in the first place but TDM loadout doesn’t allow a place for that gun in it.

To enhance the performance of this gun, here are some attachments which you should apply to boost the reliability of this gun.

Groza is a rare assault rifle that can be found on airdrops in battle-royale mode. It is one of the best guns amongst all other guns in PUBG Mobile. Fortunately, TDM does allow a player to add this gun in their loadout. The gun uses 7.62 mm rounds and has a magazine size of 30 bullets. It can be extended by 10 bullets by this attachment. This gun is preferred by a lot of players because of its high firing rate and provides enough damage to an enemy. Because of its damage and fire rate, it makes it to the 2nd position of the best TDM gun combinations in PUBG Mobile.

To enhance the performance of this gun, here is a list of a few attachments which a player should put on to surge the dependability of this gun.

Tips to use Groza

Groza has a slow reload timing of 3 seconds, reloading while having a fight in mid-range can be a disadvantage to the player. Therefore, it is better to make every bullet count, and as the enemy finishes, get into a cover and reload it.

M762 is an assault rifle. It works like a beast gun for short and medium range. Its stability is good with a score of 61 and can be used by any of the players with a little practice. Its range score says 60 which shows that this gun is for the middle range. In case an enemy is in a short-range, a player can definitely cause destruction if the recoil is properly controlled. It deserves to be in the 3rd position on the list of best gun combinations for TDM in PUBG Mobile, because of its power and stability, which is 46 and 61, respectively.

To enhance the performance of this gun, here are some attachments which you should put on to increase the trustworthiness of this gun.

AUG A3 is an assault rifle similar to the M762 and Groza but this weapon is also rare as Groza. But this weapon doesn’t deserve to be a rare one because of its power and damage. AUG A3 is a bit better than the M416 but if we compare it with other guns then it loses to Groza and M762 guns in terms of performance. It is a good gun for short and mid-range combat but deserves a 4th position in the list of best guns for TDM.

If a player wants to use this gun, then to make it a ferocious gun, he should put some attachments on it.

Tips to use AUG A3

Don’t forget to equip Quickdraw Magazine because AUG A3 has a poor reloading speed that can lead to vulnerability while fighting.

UZI is the best short-range gun. It is not so effective for mid or long-range, holding the 5th position in the list. This gun is loved because of its high reload speed and rate of fire. It definitely sends the enemy back to his area on the map.

If a player wants to use this gun, then to make it a ferocious gun, he should put some attachments on it.

Tips to use UZI

Players can run out of ammo rapidly, therefore come with a secondary weapon like Skorpion. Every player does die at least once in TDM. So, either it can be changed to the gun or continue with UZI and wait to die again.

What are your takeaways from the 5 best gun combinations for the Team Deathmatch (TDM) mode in PUBG Mobile? Let us know in the comments below. 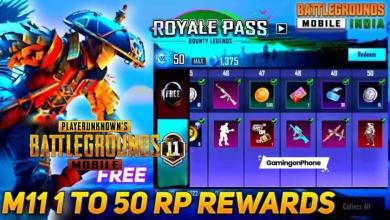 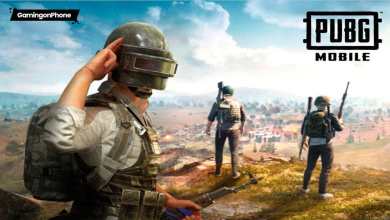