Thetan Arena is the latest game based on blockchain technology where players can play to earn through NFT trading. The game is based on MOBA gameplay where players compete against other players around the world using different game characters called heroes. The objective is to win games using their skills in using different Heroes in different gameplay modes. This tier list will cover the ranking of each in-game hero from Thetan Arena for May 2022.

Our guide will help out in narrowing down the list to try out Heroes so that players can invest in winning maximum NFT as a reward. The following list has been classified as per the Hero class available in the game, i.e. Tank, Assassin, and Marksman.

The Tier List is based on the base stats and gameplay style of each hero. It is however advised to note that, tradeable Heroes can have higher stats and may play a dominant role in a particular game mode. Since the game is based on blockchain technology and NFT exchange, a player tries to invest and make a particular Hero stronger using his skills, so as to sell him with a higher margin in the online marketplace of the game.

How to Heroes easily in Thetan Arena

Getting more Heroes in Thetan Arena is going to be very hard, especially for free-to-play players. In the beginning, the game offers only three Heroes at random in each class. After that, the only way to get new heroes is through the store, where four heroes will be available to buy. But these heroes aren’t tradeable on the marketplace.

The other way to get Heroes is to buy them from the online marketplace, which has higher character value and stats. These heroes can also be tradeable afterward in the online marketplace. There is no fixed price for any particular Heroes and depends entirely on the market dynamics of the gaming community.

Did you find our Thetan Arena Hero Tier List helpful? Let us know your thoughts in the comment section below! 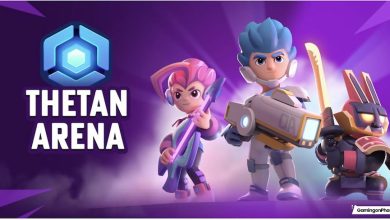