Valor Legends is the latest strategy idle RPG by Century Games Pte. Ltd. The game lets players collect unique heroes to reclaim the Oasis. It will take a player on an amazing adventure in the Oasis to fight the Shadow forces. In the game, Runes are one of the crucial cornerstone elements of the gameplay that can make your heroes stronger and gain unique skills. However, the runes are unlocked way later in the game and get added to your combat system in the mid to end-game phase. In this Valor Legends guide, we will discuss how to get more Runes easily in the game and progress faster.

In order to unlock runes, you need to first unlock the Arcane Forge which unlocks after clearing the Campaign’s Stage 13-15. Arcane forge is found in the Mainland section. The Arcane Forge can be used to level up, ascend, or disassemble Runes, as well as check all the Runes and their skills. But the problematic thing about Runes and Arcane Forge is that the Arcane Forge gets unlocked way before you can start gathering Runes – which makes the Arcane Forge lay idle for a long time.

How to get Runes in Valor Legends

Even though you unlock Arcane Forge in Stage 13, you still do not have access to gaining runes until you clear Stage 16. Since you unlock the Arcane Forge long before you get any runes – but runes are necessary to make your heroes stronger. Once you clear Stage 16, you will unlock Abyss Battlefield from which you can gain runes from which can be accessed from the land of departure section of the game.

But before getting to the part where you use runes, you should know how to play Abyss Battlefield. The Abyss opens for three days and lasts for three days as well and during that, you get assigned to a team based on your player level.

Using the Runes in Valor Legends

Runes can be added to heroes from the hero section where you upgrade their gear. Each hero can possess 1 rune once they have 7 stars (3 purple stars) and a 2nd rune once at 10 stars (5 purple stars). Sadly, even if you have lots of runes – you need to have heroes highly leveled enough to possess the runes.

Related – Valor Legends free codes and how to redeem them

Did you find our Valor Legends guide on how to get more Runes and maximize them in-game useful? Let us know in the comments section below! 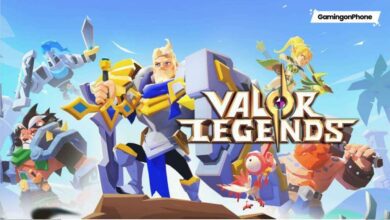 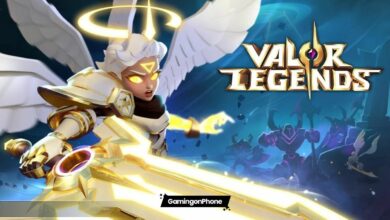 Valor Legends: Eternity free codes and how to redeem them (November 2021)