Space and aliens have always been an appealing theme to gamblers, and software developers deliver numerous releases with this theme. The question of alien life has been a fascination for centuries, and countless stories and adventures are told around the possibility. In the modern age of digital entertainment, space has been adopted as a popular theme for films, comic books, and even games. When it comes to slots, where anything can be a theme, such strange tales have not been left behind. Here is a rundown of the best aliens slot games released for mobile phones in recent times.

Alien Antix is a 2020 Blueprint Gaming slot release that lets punters play around with cute little critters residing in space. It is one of the unique aliens mobile slot games that features eight reels on the same number of rows and pays in clusters rather than using win lines. Players can land winning combos of up to 25 symbols for a single character. It is a welcoming game for a wide range of budgets with bet limits of between ten pennies and 500 pounds per spin.

With each spin, the play table reveals a set of different-colored monsters, but they are far from scary. With the cute little expressions on their face, they have the potential to award up to 50,000 times the stake. The game is also packed with a variety of bonuses, including:

Gamevy is not the most popular online gaming software developer, but it has several impressive aliens mobile slot games like Space Force. The game lets players join a special force team tasked with keeping space safe from aliens. The game has a modern design associated with a comic book, which has colorful icons laid out on a three by seven playing grid. The control panel placed to the side resembles the controls on a spaceship, and the game characters are theme-oriented.

Punters collect winnings by landing a combo of similar icons on a row. The captain is the most valuable symbol paying 500 times the stake, followed by a pair of astronauts, awarding 200 times the bet. The space ships grant between ten and forty times the wager. The imprisoned green alien offers the smallest win of one time the bet.

Space Force includes bonuses as well, the first one being the free spins. The feature is activated by three scatters, which are played by the logo and awards two to twenty freebies. The Planet Jackpot character is a bonus as well, and it activates a jackpot round. Punters have to spin a wheel that displays one of five colors. The jackpot corresponding to the color is paid out. The amount in the pots is predetermined and does not change according to the placed stake.

Playtech has had big releases in recent times, and one of them is the Space Digger slot machine. Rather than focus on life-like elements in outer space, the pokie online mobile slot invites players to dig for aliens gems valued at up to 250 times the placed stake games. The slot adopts a clean, modern design with five by three grid. The sun and several planets can be seen in the distance as the star-studded cosmos serve as a backdrop. The surface of the alien planet on which the slot is based covers the screen bottom with different-colored gems sticking out of the ground.

Space Digger slot stuns with more than just visuals and includes a wild icon. The character can appear stacked and can replace all others aside from the scatter. If it is part of a payout combo, it will shift one spot to the right until it exits the screen. The free spin bonus is the highlight of the game, and it is activated when the scatters land on the second through fourth reels. Eight free spins are awarded along with a stacked wild on the first reel. Other digger wilds can be landed as the free spins play.

Fluffy in Space is another worthy mention in recent aliens mobile slot games, and it is a product of the software provider Eyecon. The slot takes an unusual approach to the theme and sends players on a hunt for fluffy stuffed animals in outer space instead of regular aliens.

The animals come loaded with space suits as they float around a five-reel play table cast against a star-studded blue sky. 25 bet lines are used to determine winning combinations, which have to be aligned from the left side. The value of each combo is multiplied by the stake per line when being awarded, and they are:

Nellie, the pink elephant, is the only one that does not award a combination payout. Instead, its appearance on the second through fourth reels activate the Fluffy in Space feature, which awards random cash prizes and up to fifteen free spins. Regular free spins and wilds are included in the game as well.

Gems are a common slot theme you can find in a new Temple Tumble Megaways slot, and Wazdan sends players off to outer space to seek aliens precious stones in the Space Gem mobile slot games. The game screen is pretty with bright stars marking the play table area while thousands of stars dust the cosmos in the distance. The alien gems draw most of the attention with bright colors and cool designs that set them apart from regular earth stones.

Each round accommodates 0.10 to 100 credits, which are then used to spin the reels. The game uses a 6×3 playing grid with ten bet ways to determine winning combinations, which pay as much as 2,000 credits for a combo of six yellow gems. The slot bonuses are as follows:

The alien theme is not as common as say the Egyptian one, but numerous exciting titles can be found under the banner. Most modern mobile alien slots are crafted using HTML5 technology, which makes them accessible on any operating system.

Related – Top 10 Mobile Coop Games you can play with friends

What are your thoughts on the alien mobile slot games? Let us know in the comments section below. 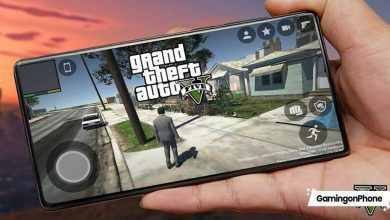 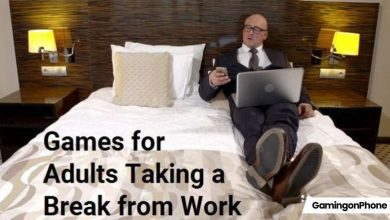 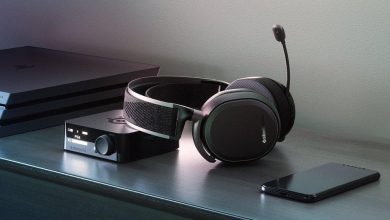 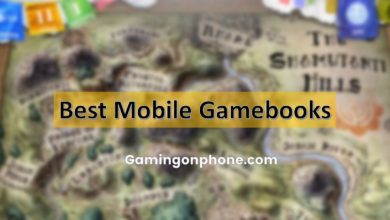 Top 10 Best Gamebooks on Mobile you can try