Dungeon of Gods, an action RPG for mobile devices, will now feature a guild update. Due to its rogue-like dungeons, spectacular action, and enjoyable character development, the one-handed mobile action game Dungeon of Gods has attracted users from all over the world. Due to its slightly unique gameplay, Guild Dungeon is what gamers are most anticipating with this release. There will be several stages in the dungeon, and only one guild member may enter each stage.

Face stronger enemies at each stage in Dungeon of Gods

The players will need to be careful when selecting their stage. The starting levels are the numbers from 25 to 400 written in the Guild Dungeon. A boss that is twice as difficult as the starting level will come at the end of each stage as players advance through it. The rewards will be better the more difficult stages the gamers complete.

To effectively complete the Guild Dungeon, it’s important to distribute the stages based on each player’s combat strength. Remember, there will only be two weekly entries allowed per player! Players will be able to speak with their fellow guild members in real-time by using the Guild Chat feature.

Players can get 5 to 10 times more gold in the Guild Dungeon than in other dungeons. They can obtain more gems and resources the more dungeons they defeat. Thus, character development will benefit greatly from this new content.

The Guild Update will feature several events with rewards

Several events featuring fantastic rewards will be hosted to commemorate the Dungeon of Gods guild update. The winners of a Guild Screenshot Event will receive equipment tickets and gems. There is also an ongoing event to give advice on fortifying relics, which we think the players will find quite helpful. The official Discord community for Dungeon of Gods has more information.

Are you excited about the Dungeon of Gods Guild Update? Let us know in the comments below! 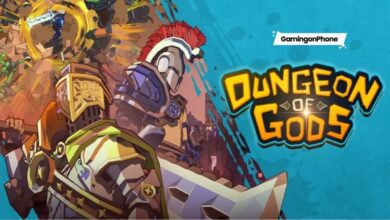 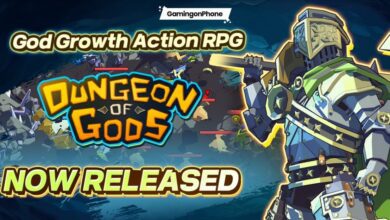 Dungeon of Gods is now globally available on Android and iOS 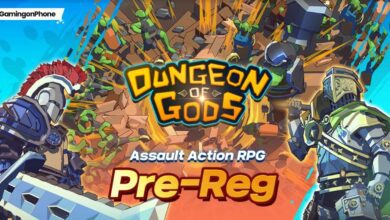