The 3D action game Fight Crab, the latest creation of indie game developer Calappa Games (Nussoft), is soon going to receive a mobile release and has opened pre-registration for the same. Calappa Games specializes in marine life battle games like NEO AQUARIUM- Crustacean King and ACE OF SEAFOOD, and this crab game is also a masterpiece that everyone can enjoy.

This game is based in a world different from the one we know; in this world, the crabs gave the intellect and power to God, robbed human weapons, and ruled the earth. In this game, the crabs are immortal and cannot be killed with a sword or a gun. The crab can only be defeated if the player is successful in turning a crab upside down.

The game provides a wide variety of crabs and the players can choose their favorite crab and fight using them. The game offers a total of 24 different types of crabs to choose from, and each has different characteristics. It is also possible to customize crabs by raising them with strengthening points.

Fight Crab also has a wide variety of weapons. Players can use weapons not only purchased at the shop but also those that are on the stage are also available for use.

The game offers a wide variety of stages. For example, the player can start their adventure at the beach, a Western knight’s castle, a thug’s village, and various other stages. Fight Crab also has a wide variety of play styles. The battle mode in this game supports 1v1 and 2v2 gameplay. Players can choose between online and offline matches. In rank mode, players can choose from 24 types of crabs and various weapons. Even beginners can beat the veterans of the game.

Combining the reality of physics and the unrealistic nature of crab battles, this topical game will be a game where players can fight with strategy, play casually, and battle in various play styles. The game is already out for pre-registrations on both iOS and Android.

Are you excited about the mobile release of Fight Crab, which is currently open for pre-registration? Let us know in the comments below! 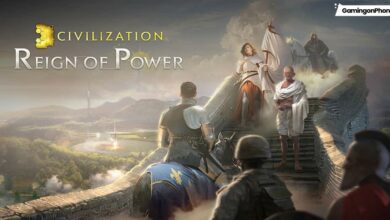