Mobile Legends: Bang Bang (MLBB) is back again with another update coming soon in Patch 1.5.66. This patch is not as big as others but features many buffs to unpopular heroes, and system adjustments that are sure to bring smiles to more MLBB gamers’ faces. These changes are live now in the Advanced Server, so it won’t be too long before they make their way into the Original Server of the MOBA game.

After attacking the same target twice, Karina’s third attack will deal extra True Damage to the enemy equal to 13% of their lost HP.

Karina enters the Dance of Blades state, in which she flourishes her twin blades repeatedly to increase her Movement Speed by 25%, for up to 3.5s. During this time, she can block all ranged Basic Attacks, flinging a Shadowblade dealing 150%(+45% Total Magic Power) Magic Damage to her attacker each time she does so. Initiating a Basic Attack or Shadow Assault ends the Dance of Blades, increases the Magic Damage of Karina’s next Basic Attack by 160 (+55% Total Magic Power), and inflicts 40% slow effects for a second. Triggering Shadow Combo reduces the skill’s cooldown by 1 second.

Karina charges at the enemy hero, dealing 300%(+100% Total Magic Power) Magic Damage and inflicting a Shadow Mark upon it and leaving a Shadowform behind it, both lasting 5s. This skill’s cooldown is reset when a target with Shadow Mark dies.

As you can see, Karina’s skills have changed quite a bit, as she has an extra blink skill now and more ways of dealing burst damage. A notable change in her Skill 1 is that while the Original Karina can block all forms of Basic Attacks, the revamped one can only block ranged Basic Attacks, so essentially Karina will be more vulnerable to Basic Attack heavy fighters like Gatotkaca and Thamuz.

Her Ultimate grants her an extra shadow to dash back to, similar to Hayabusa’s Skill 2. Also, her cooldown mechanism is slightly changed and will trigger when her passive is triggered, not when she gets kills or assists. This is better, as she will not have to depend on being in fights all the time to be able to spam her skills, making her a better jungler in the early game. The newly revamped Karina is definitely something to look forward to in the Original Server!

As an anti-blink hero, developers hope that players will now result in distancing themselves from Phoveus to deal with him. Some of his skills are optimized for a smoother gaming experience.

Developers wish to strengthen Gloo’s Ultimate when he splits apart, and have increased stack limits to balance the changes.

It seems that the performance of the Revamped Argus in the Original Server is somewhat underwhelming, so he is being buffed in the Advanced Server to increase his popularity.

Although she was popular right after her release, she has since fallen off. This update will optimize her skill casting.

Cyclops consistently high-damage output in the late game is emphasized in this patch update.

Martis is another hero that is not quite popular as other Fighters, so his skills are now optimized to give him a better chance to get close to the enemy and shut them down quickly.

Fanny’s early game damage is increased to help players have an easier time farming and getting early kills.

Ling has become very unpopular as a Jungler, so his energy and cooldowns have been improved to help him perform better.

Are you excited about the latest Mobile Legends Patch Update 1.5.64? Let us know in the comments section below. 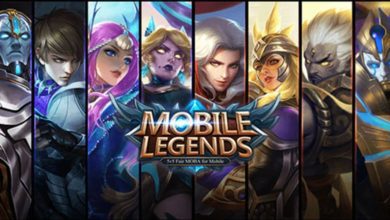 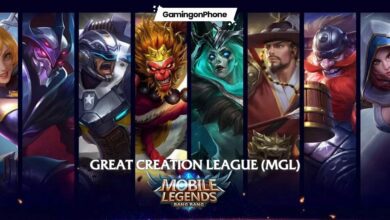 Mobile Legends Patch Update 1.5.68: All you need to know