Niantic, the developer of Pokémon Go, is launching a new limited-time research event ‘Secrets of the Jungle’ to celebrate the launch of its new Netflix movie, Pokémon the Movie: Secrets of the Jungle. The event will feature the new Pokémon Zarude– The Rogue Monkey, which can be encountered and captured by completing the limited-time research event. The event will begin on October 1 and go on till October 10.

Apart from the entry of the mythical Pokémon, the Secrets of the Jungle is also set to feature a wide variety of stuff, which is listed as follows-

The Pokémon movie will release globally on October 8 on the Netflix platform. Interested fans can subscribe to the streaming platform to watch the movie.

Are you excited about the Pokémon Go Secrets of the Jungle event and the upcoming Netflix movie? Do let us know in the comments below! 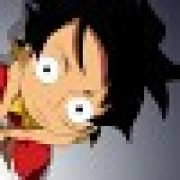 Pokemon Go: Role of Poffins and its benefits Pokemon GO: Duskull to feature in the October 2021 Community Day