Earlier today, Wonder People, the developers of the highly anticipated PC battle royale game title Super People, announced in an interview that the company has plans to release the game for the mobile platform in the future after the PC version has been polished.

It is to be noted that the game hasn’t been officially released as of yet and is currently in the beta stages as we speak. Despite the beta being solely released for the PC platforms running Windows in South Korea, the game has received praise and acclamation from players across the world due to the unique twists that the game has brought in besides the classic battle royale genre.

The overwhelming response and positive reviews from the players worldwide have prompted the developers to make plans for releasing the game on other platforms in the future, mobile being one of them. Players can check out the official Twitter account here.

Super People Mobile: What to expect

The battle royale genre saw a huge boost and a steep rise in popularity worldwide after the release of PUBG by another South Korean developer Krafton which also won the Game Of The Year award once. The popularity skyrocketed with the subsequent release of PUBG Mobile which till now has amassed more than $3 billion in revenue and has been one of the most popular and highly rated games since its release. The game Super People is similar in many ways, including the classic battle royale format with a few added twists of its own.

The game features a vibrant and extensive map with varied terrain and multiple abilities such as teleportation, super jumps, and RPGs which are specific to different classes that can be picked by the player in-game. The game classifies itself as a military-based game where Super Soldiers have been created and battle each other.

Despite the idea of the game coming to mobile has been revealed, there’s no confirmation as of yet when the game will arrive. And even so, it might not be anytime soon as the PC version is still in beta and is yet to be released globally.

The release of the game on mobile platforms would be a great addition given the release of super hit PC games on the mobile platform such as PUBG Mobile, Call Of Duty Mobile, and Wild Rift. A great game, it remains to be seen what the future turns out to be and mobile game fans are sure to hope that the game gets released on the platform.

Are you excited about the release of Super People on mobile? Let us know in the comments below! 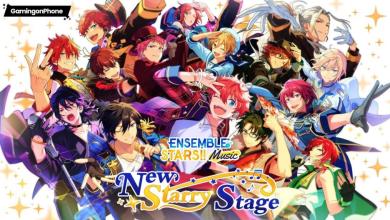