Supercell’s Level Up program team finally revealed their project, Rustpunk Rascals, an action RPG Roguelite. The Level Up team is a group of students and recent graduates who have got a golden opportunity to learn how to make a mobile game.

The Level Up Team’s goal was to create a playable internal demo within a six months duration, calling the project Rustpunk Rascals, as it demonstrates some reckless and wacky rascals. Adding to these The Level Up Team had focussed on building a comic colorful theme with a few crooked visuals which emphasize the punk attitude of Rustpunk Rascals.

As we can see from the trailer, The Level Up Team focused on creating an action RPG rogue-lite. The team has focused on creating gameplay consisting of some reckless and wacky rascals. They set out to collect Glowstone in the dangerous wastelands to power up themselves and fight some robot enemies.

Supercell is proud of the Level Up team’s work

During the development period of this game, The Level up Team got to learn many things, not just only about developing a game, but more than that. They understood the values and importance of good teamwork and other essential aspects. Teamwork has played a fabulous role in making things work faster and smooth, as they get to know each other.

In a Twitter post, Supercell has shown extreme proudness of this young talented team developing a rascally good tech demo in just a short period. They are expecting more great things to come from this team. 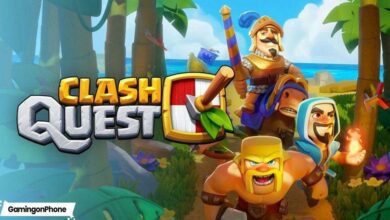