Pokémon Unite has officially made its big debut on mobile devices on September 22 after a long wait for mobile players. Developed by TiMi studios, the game was first announced on June 24, 2020, during a Pokémon Present digital event revealing the arrival of the new 5v5 MOBA for Nintendo Switch. During the event, the developers also hinted at releasing the game for mobile devices in the coming months. Here in this article, we will review Pokémon Unite and share our first impressions of the game.

The Pokémon Company has consistently tried to introduce its successful monster-hunting RPG to different genres, iterations, and applications. Pokémon has released a wide variety of gaming genres for the series which include digital/physical card games, the Mystery Dungeon series, and more. We have even seen Pokémon interactions brought to life with the Pokéwalker and the augmented reality mechanics of the widely popular Pokémon Go.

Recently, Pokémon has joined the Multiplayer Online Battle Area genre commonly referred to as MOBA, with Pokémon Unite. The game genre was rolled out for Android and iOS featuring cross-platform support and a few new items and features as stated by the producer Masaaki Hoshino in a post on the game’s official website.

Starting with the review, the game layout of Pokémon Unite will be instantly recognizable for players who are even remotely familiar with the genre but for those that aren’t, Pokémon Unite pits two teams of 5 players each against each other. The map consists of two lanes; top and bottom, which consist of 2 goal zones on each lane.

Pokémon Unite has a gentle learning curve that requires no prior information of this genre. From the beginning, the game teaches all of the main mechanics like targeting, hitting, and scoring with the game’s cute electric mouse Pikachu. While the game tutorials are easy to grasp, the game lacks some crucial tips like the different categories of characters, the role of each category, and technical things like consequences of leaving the goal zones unguarded and what kind of held items will go best with each category of characters.

The game starts off by allowing Trainers to choose their Pokémon from a decent roster of 23 characters. Not all of these characters are available as players are required to unlock them with in-game currency as the game progresses. The game is pretty generous from the start; giving out free characters and in-game currencies during events to allow new players a good head-start and easy level up.

After choosing the characters, players are pitted against each other in a 5v5 format. The match starts in the game’s default map Remoat stadium which is a 10-min long match. Players try to level up by killing wild Pokémon dotted around the map and evolve eventually duelling the enemy Pokémon in a battle for map domination and destroying the enemy’s goal zones. Players clash along the lines, killing opponents and pushing toward the enemy bases until one team has been helplessly driven back watching their goal zones get destroyed by their opponents dunking Aeos energy points in their goal zones.

What makes this game unique is that unlike other popular MOBAs like League of Legends: Wild Rift and Mobile Legends, is that this game has scoring posts instead of towers. The goal of the game is to collect Aeos energy points as much as possible and dunk them in the enemy’s goal zone. Each goal zone requires a certain amount of energy to be scored into it before it is destroyed. Victory is achieved by the team with the highest amount of energy points scored.

The game consists of 5 different categories of characters with each character having the skill pool to match their role. The categories include all-rounders, attackers, supporters, defenders, and speedsters and among them, characters can be further divided into two categories: melee and ranged. The different sets of roles allow a unique and diverse playing experience with each Pokémon. The players can easily choose any character which fits their role and playstyle making it a good game for all types of players.

Level up and evolve your Pokémon unlocking unique abilities

Each Pokémon starts with unlocking 1 ability at the beginning of the game which they can use to defeat wild Pokémon around the map in order to evolve and level up. Each ability has 2 forms, one of which can be unlocked by reaching certain levels during the match.

Each of the abilities is unique to each Pokémon allowing players a vast pool of characters to choose from. Additionally, each Pokémon evolves as it levels up, the first evolution hitting at level 5 while the second and the final one at level 9.

The most interesting feature of the game is the use of held items. Held items work in a similar fashion to League of Legends: Wild Rift rune system allowing players to have in-game stat boosts. The wide range of held items makes each Pokémon unique to the player due to the special boosts that can be acquired with each unique held item in the build of that unique Pokémon. The items can be levelled up to a maximum of level 30 reaching their boost cap.

There is a catch, however. The only way to obtain item enhancers is by using Aeos tickets. Aeos tickets can be acquired by grinding until players have enough tickets to purchase item enhancers. The alternative is to purchase the Aeos gems with real money. This, however, puts a lot of players in an unfavorable condition because while a lot of players can afford to purchase Aeos gems and level up their items quickly, there are players who can’t afford or choose not to spend real money in the game.

This puts players at a strength disadvantage since they will be pitted against players who have maxed out their held items giving them a huge stat boost which easily guarantees their victory. Due to this, Pokémon Unite is strongly regarded as a pay-to-win game.

Unite offers three game modes each with its own format

Pokémon Unite comes with three game modes: standard ranked and quick. Both standard and ranked modes take place in the game’s default map Remoat Stadium while the quick matches offer 3 kinds of smaller maps of 4v4 battling format. Players can be promoted to different ranks as they climb the ranked ladder which includes:

Standard matches and ranked matches are 10 minutes long allowing players to score as many points as possible and destroying their goal zones before time runs out while quick matches are 5 minutes long with some maps giving only one goal zone for each team.

Vibrant graphics and the game comes with cross-platform support

The game comes with the traditional MOBA settings, the only exception being the cross-platform progression for players wanting to shift their data from Nintendo to their mobile devices or even wanting to use both platforms to play.

The settings include the option to change frame rate settings, language, graphics, and other display settings. Additionally, players can change their controls settings as well to suit their playstyle. Do check our detailed settings guide to understand the basics. The game also includes a newly introduced Spectator mode which allows players to view their friend’s matches while they are in-game or to spectate top-ranked Trainers around the world. If you do not know how to watch your friends in action, check this step by step guide to watching friends and top players in Pokemon Unite.

The graphics of the game are pleasantly appealing with a graphic design similar to the Switch. The resolution is relatively lower with fewer HD textures and still being at the initial stages of the game, players are experiencing FPS rate drops and other minor bugs but despite this, the overall gaming experience is very pleasant. The music tracks and sound effects perfectly match the theme of the game, giving the player the ultimate Pokémon MOBA experience.

From our review perspective, Pokémon Unite is overall a refreshing change for fans of both the iconic series and the gaming genre making it a must-have for the franchise’s fans. The unique MOBA experience is definitely something that wasn’t expected when the game was first released and despite it having some minor bugs and flaws, the overall gaming experience is fun and relaxing. Even though the pay-to-win factor is regarded as unfair by a lot of players, still, it’s easy to look past it and just enjoy the game with a pleasant trip down memory lane.

What are your opinions on the Pokémon Unite game and your review of it? Do let us know in the comments!

Pokémon Unite is overall a refreshing change for fans of both the iconic series and the gaming genre making it a must-have for the franchise’s fans. 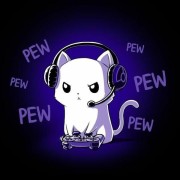