Marill is a dual-type Pokémon that is small, blue, semi-aquatic, and rodent-like. They have round ears which are red on the inside. These are incredibly sensitive and can detect distant sounds. It is a Tier 1 raid boss and quite a number of different types of counters work against it. So in this Pokémon Go guide, we are going to talk about the best counters and ways against Marill and how to finish the battle raid easily as it is a very weak Pokémon and shouldn’t take too long to beat it.

Marill is a dual-type Water and Fairy Pokémon which automatically makes it weak towards Grass, Electric, and Poison-type counters which gives the players quite a vast range of attacks to use against it. It has a max CP of 521 and later evolves into Azurmarill.

The best movesets for Marill are Bubble and Aqua Tail and both of them have a combined DPS of 43.6. It is the best combination that can be used in Pokémon Gyms and PvP battles. It is a decent option to consider but it is not recommended as the number of resources that the players need to spend to power it up is not worth it in the end.

Here is the list of the best counters that one can use against Marill and guarantee themselves a win.

Marill has so many weaknesses that this list could go on forever but even if the players somehow don’t have any one of the counters listed above, they can still defeat this Pokémon by using any powerful Mega Pokémon or any other powerful legendary Pokémon which has been caught by the players with neutral coverage and as long it’s not a Rock, Ground, Fire type.

What are your thoughts about our guide on Marill counters in Pokémon Go? Let us know in the comments below! 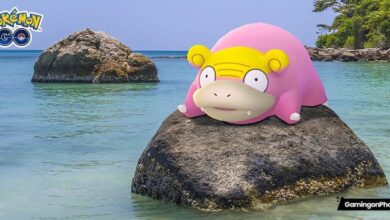