In the 3rd anniversary update, PUBG Mobile has finally launched the much-awaited map ‘Karakin’. Tencent Games has announced the arrival of the Karakin map, in a tweet on April 7. The Karakin map has replaced the 4th map of the game, Vikendi. In this Karakin Map guide, we will talk about the new locations, special features of the newly-added map in PUBG Mobile.

Karakin is the smallest map among the other 4 maps of Erangel, Sanhok, Vikendi and Livik. The small 2 x 2 km map, is almost half the size of Sanhok. It can have a maximum capacity of only 64 players. This makes your drop location crucial. The map looks like a mini Miramar map, at first. Features like tunnels, thin walls, sticky bombs and a black zone or the demolishing zone make this small map quite interesting. The map has 5 small cities, 1 cargo ship and small buildings spread across the map. One shall find the weapons available in Miramar and Vikendi map in Karakin which includes G36C, SCAR-L, Win-94, Panzerfrost etc. Sadly, DP-28 is not available in Karakin.

Sticky Bomb: A very new and interesting feature which this map offers are the sticky bombs. It is a throwable weapon that sticks to the thin walls of buildings or compounds and can blow holes to help you infiltrate and destroy campers. Sticky bombs are scattered throughout the map and are found inside buildings and containers. The destruction is powerful enough to knock out opponent players. Be careful with the use as you can even knock off your own teammate during combats.

Thin walls: Another special feature of this new map is thin walls. Some walls are extremely weak on this map, allowing bullets to penetrate as well. Hence it becomes easy to kill campers.

Demolition Zone (Black zone): An interesting feature of Karakin is the demolition zone which will change the layout with each match. The black zone demolishes the buildings which was never the case of the Red Zone in other maps. Campers will stand no chance to survive with this feature. As soon as you hear a siren, you better get moving unless you want to get bombed while terrains get razed to the ground.

That’s it from today’s guide about all features of the new PUBG Mobile Karakin Map. Let us know in the comments section below. 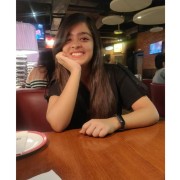