Vahn’s Quest is a role-playing (RPG) and strategy mobile game developed by Super Planet. The game is an endless RPG. It features a band of heroes who set out to avenge their fallen kingdom. These heroes are known as the Grave Keeper Knights. To help you with this, we have created a Vahn’s Quest Tier List for the best heroes you can add to your party in the current patch

These Knights are entrusted with the responsibility of taking back their village from the demons. In this game, you have to collect different Heroes, or Knights, and add them to your party, which can hold a maximum of four people at a time. You can choose any hero you want, there are no restrictions on what type or what class of hero you add to the party. You can even run two heroes if you don’t want to run 4. This means that we don’t have to spend our gold on unnecessary characters.

This Vahn’s Quest Heroes Tier List should only be taken as a reference because different strategies and processes can yield different results for players. This tier list is divided into categories of S, A, and B.

As we can see, all Heroes in the S Tier are 5-star Heroes. The reason for putting the majority of them in the S Tier is every single Hero in that tier has a very impactful ability. Along with that their base stats are insane. Bruta, for example, is a tank with 3400 base health. This makes him one of the best tanks in the game. He also increases the whole team’s attack for 6 seconds, making him even more amazing.

Alcapa buffs our entire team, which makes him a very valuable Hero to have. He increases everyone’s Crit chances and base crit damage, making him one of the best Heroes in the game. Now, even though Vahn is a 5-star, many may ask why he is in the A Tier.

This is because, even though he is a 5-star Hero, his ability simply isn’t impactful/helpful enough. His Sword Fire ability doesn’t deal enough damage by itself, and it targets only a single target. He still does decent enough damage, so he isn’t mediocre.

The weak Heroes in this game are most of the 3-stars. Despite this, some of them are good for newer players, at least until they get some good 4-star replacements. Out of the 4-stars too, though, some are incredibly weak. The best example of this is Kuno.

Even though he is a melee fighter, he has only 600 Health, making him very squishy. On top of that, his damage is only 200, despite being a 4-star. Another example is Pullum. He is a tank, with good base Health, but his ability only benefits him and doesn’t do much for the team. Thus, for the current patch at least, most mediocre characters are far worse than their counterparts.

Since the 5-star Heroes are the most dominant, new players will find it a tad bit difficult to take their 3 and 4-stars up to that level. Since the game is new, it is understandable that the best characters are the rarest to get. Hopefully in future patches, the 3-star and 4-star Heroes will get looked at by the developers, and they will be buffed accordingly. Until then, it is recommended to run the better 3 and 4-stars that you have. The optimal team composition is having a tank and a melee fighter at the front, and two ranged characters at the back, typically a DPS and a support unit.

What do you think about this Vahn’s Quest Hero Tier List? Let us know your opinions in the comments below! 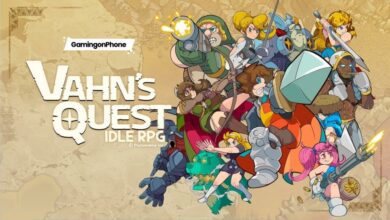 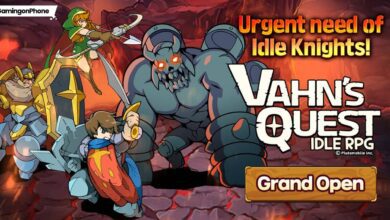 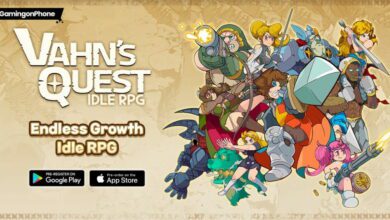