The highly acclaimed battle royale game Apex Legends is finally guaranteed to soft launch on mobile in late 2020. After its launch on console and PC globally, Apex Legends didn’t take long to become one of the most popular games in the world.

Its developers Respawn Entertainment are all fired and geared up to bring the Apex Legends to a new platform and an entirely different market.

While EA CEO Andrew Wilson did confirm in 2019 that a mobile version of Apex Legends was in the works, a specific date of launch was not given, nor stated afterwards.

Until recently, Apex Legends officially announced in a tweet that the game will be coming to Nintendo Switch on Fall 2020. So we can assume that the mobile version isn’t far off.

The EA CEO Wilson confirmed the arrival of Apex Legends to mobile in late 2020 on EA’s Investor Fireside Chat. The video was leaked on twitter by an Apex Legends leaks account. Wilson says the team is working hard in optimizing Apex Legends to best fit the mobile platform and will soft launch in late 2020.

Here are the important line that he has said in this video,

How will Apex Legends fare in the Battle Royale category?

Apex Legends has gathered over 70 million players worldwide, who’s to blame its developers by wanting to multiply that number by bringing the game to android and iOS.

It’s a fantastic and brilliant move by Respawn Entertainment, seeing how the mobile gaming industry has gained massive presence recently after welcoming the likes of PUBG Mobile, Call of Duty: Mobile, Fortnite Mobile, and now Apex Legends. These Battle Royale games have all gained a vital control and secure themselves a good spot in the hearts of mobile gamers, and quite frankly it only sounds right that Apex Legends wants the same thing.

When is the Apex Legends Mobile release?

Well, there you have it, it’s now confirmed that Apex Legends is coming to mobile in late 2020. While there wasn’t a specific date stated, our guess is that the game could soft launch around November – December, before eventually becomes available worldwide. Or we might as well get our hands on a global soft launch (beta version) by the end of this year and worldwide final release in the first quarter of 2021.

Are you excited for Apex Legends Mobile soft launch in late 2020? Let us know in the comment section below. Read about other mobile games news here. 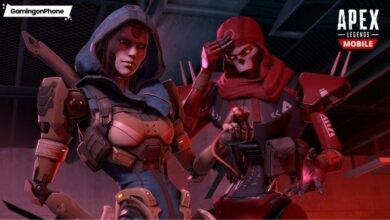