It has been nearly two decades since the first installment in the Devil May Cry franchise was released worldwide. Over the years, the franchise managed to attract millions of gamers all across the globe breaking records and bringing in numerous awards. The Devil May Cry franchise was one of the defining video game series for 3D hack-and-slash games, from which many other games took inspiration. While the franchise has mostly been popular among console and PC gamers, there’s some really amazing news for mobile gamers too. In an interview, the developer for Devil May Cry Mobile, Yun Chang Games, reveals some brand new information regarding their upcoming title.

The name of the upcoming mobile game is Devil May Cry: Battle of the Peak. Although the developers did not reveal any specific information regarding the plot of the game, here’s what they said during the interview – “The main story of the game is an original plot between three and one generations. It is a version that has been communicated and improved many times with CAPCOM”.

According to the information provided by the mobile developer regarding Devil May Cry: Battle of the Peak, the game is still under development. Preliminary content such as basic combat, character models, levels, weapons, have already been developed before December 19, 2019. And we saw that during the first look reveal. All of these features have been play-tested during the first testing phase which started immediately after initial development. During the interview, the developers also stated that plenty of additional content such as new monsters, levels, weapons, characters will be added before the second phase of testing begins. Character models will be revamped and present content will be optimized based on the feedback received from the first testing phase.

When asked about a tentative date regarding the beginning of the second testing phase, the developers stated that no specific date has been determined. They said that all information regarding the same will be revealed on their social media platforms.

When asked about the combat mechanics for the upcoming game, the developer said that they plan to retain the “ace battle” gameplay from the console and PC versions of previous Devil May Cry games. Although it is quite a bit of challenge to implement console-like controls in a mobile game, they stated that they are trying very hard to map the controls for the mobile game. The developers want to provide players with the kind of experience that they already have with the console versions. This includes perfect timing for hits, combos, dodges, and timed weapon switching.

A lot of users have voiced their opinions regarding the face of Dante, the protagonist of the game. When asked about that, the developers said – “Dante’s face and model will be improved and optimized. Please rest assured. We will complete a stage of optimization before the second test”. If our assumption is correct, then Dante in Devil May Cry: Battle of the Peak will be the exact kind of face that we’re used to seeing in the console versions.

When Devil May Cry Mobile will release?

We still have no idea regarding the game’s exact launch date as the developers did not provide any release date. It might take several months before we even get an actual release date so the only thing we can do is keep our eyes peeled for any news. However, we do know that the release will take place in 2020.

Read – Devil May Cry Mobile release will be in 2020 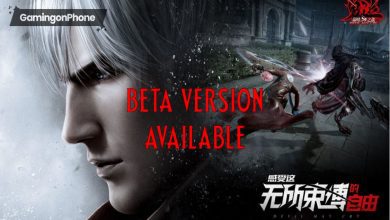 Devil May Cry Mobile beta is now available: Here’s how to play 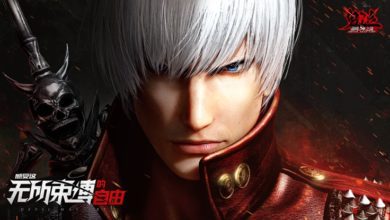 Devil May Cry Mobile release will be in 2020 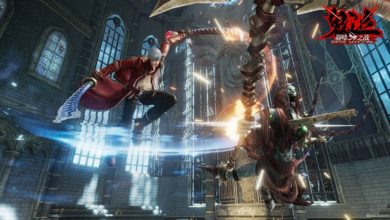 Devil May Cry Mobile first look: Here is what we know