The Worldwide Celebration Campaign from Dragonball Z Dokkan Battle started on August 26, 2022. It offers several events for its fans such as Worldwide Login Bonus, Worldwide Missions,  Epic Confrontations Packs, and much more. But the players are not particularly happy about the event and are very upset and dissatisfied with it. In the r/gachagaming subreddit, a user named Parrxt has made a post stating that the game has introduced a new banner rarity and separated their Worldwide banner from 3 to 4.

The players of the game were hoping for a new pity system to be introduced finally as most gacha games have implemented it in themselves so that it is easier for the players for the overall RNG in these types of games. This is Dragonball Z Dokkan Battle’s 7th year anniversary and that was the reason the players really anticipated the introduction of a pity system.

But instead, the Worldwide Celebration campaign has introduced several events, one of them being one where the new characters in the game get a boost and is more focused on Player VS Environment content. Players are also upset about the drought of benefits that the new banners offer in the game.

The banners have become too overpopulated in the game and there are no X2 rates introduced along with it. The banners feature 10 units which decrease the odds of the players wanting to summon a specific character in the banned by a huge amount.

The whole issue has been discussed in thorough detail by a Reddit user named trellersito in this post. But to briefly state it, Dragonball Z Dokkan Battle has introduced a new currency to the game, which is the fourth pity coin that works exactly like the already existing Yellow Coin in the game.

The only difference is that this new currency will help the players who spend a lot of time in the game specifically. These players are also known as whales and this doesn’t seem fair as players who are spending a decent amount of time basically will find this coin of no use, which makes its introduction kind of senseless and partial among the players.

What are your thoughts about the new currency introduced in the Dragonball Z Dokkan Battle Worldwide Celebration Campaign? Let us know in the comments below! 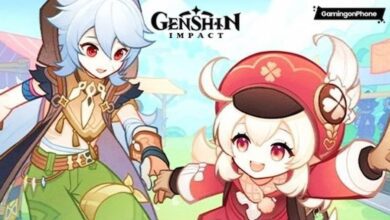