Flyff Universe, a cross-platform MMORPG with content coming over the next few weeks, brings the Madrigal map to the players in its latest roadmap update. Explore the redesigned continent of Azria, explore a brand-new, difficult dungeon, and take care of your own pets. Meanwhile, the number of downloads in Flyff Universe has surpassed 800k since its June 14th global launch.

Flyff Universe offers both newbies and fans of the 2005 original an easy pick-up and play experience with over 800,000 gamers since its global premiere. Antialiasing, new shaders, and other methods of modernizing the graphics have been added to the update of the visuals. A team of devoted followers of the original PC version, Gala Lab and Sniegu Technologies worked together to create this remake, creating a game that was created by players, for players.

Explore the frozen Azria continent along with other in-game features

Flyff Universe has amassed over 800K gamers globally in just under a month since its release. Flyff Universe welcomes players to discover the fresh material coming to Madrigal in the upcoming weeks as it reaches this thrilling milestone and updates its summer roadmap. Discover the cold land of Azria, raise adorable pets, explore the Volkane dungeon to find rare items and more.

Players can explore the continent of Azria, which adds additional quests and raises the end-game level cap, allowing them to further boost their stats. For those who can fight the Red Meteonyker, the game’s tougher monster, the Volkane Dungeon opens up with new tasks and high-level stuff in addition to Azria. There are new critters to raise in the Flyff Universe summer update as well. Along with new skins to choose from, new harvesting and pet candy crafting systems have been implemented.

Read our other articles on Flyff Universe here 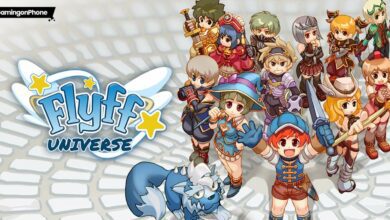