Genshin Impact is an open-world adventure RPG from HoYoverse which has gained worldwide popularity since its release. Now the official account of Genshin Impact on Weibo announced a free giveaway event on 15th August 2022 which consists of two-month Apple Music subscriptions as a celebration because of the music of Yuanshen which is from HoYo-MiX getting recommended on Apple Music itself. But the giveaway is limited to mainland China only which is a sad blow for their fans worldwide.

Genshin Impact has been known for releasing good music

HoYo-MiX recently released Genshin Impact’s Version 2.0 Commemorative OST album The Shimmering Voyage Vol.2 in the latest preview video of version 3.0. The song is available on Apple Music and other major Music streaming platforms along with previous Genshin Impact songs too.

The latest soundtrack album Song of Pearls 2 is available on Apple Music too. Their music generates a decent amount of plays on the different platforms and it’s one of the reasons why their song got recommended on Apple Music now in the first place.

The giveaway is limited to only the new and former users of Apple Music in mainland China and only individual user accounts are eligible for the giveaway which means that student users or family plan users can’t partake in this celebration too apart from Genshin Impact’s millions of fans outside of mainland China. Existing Apple Music users can redeem up to 2 months of a free subscription while new users can redeem up to 3 months of the free subscription in total.

They are giving out a limited number of subscriptions so interested players from the region should head over to this link as soon as possible. The redemption code is going to be valid till August 31, 2022.

What are your thoughts about Genshin Impact giving away free Apple Music Subscriptions in China? Let us know in the comments below! 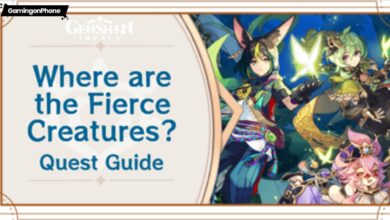