The game allows you to take command as a captain of the ship who sets his journey one day by discovering a gem that possesses magical power and which is a clue to unleashing the seven secret treasures of the Sea Gods left in the world. The one who will collect all these treasures will rule the seas.

You will face some of the most dangerous quests and monsters while you are exploring the Cursed Island. Make sure that you collect treasures while you are defeating the monsters and unlock powerful abilities for your character. You need to know well about your skills and attributes and maneuver yourself to stay at the top. The game also offers to team up with your friends and face the battle against the most powerful enemies.

Misty Continent Cursed Island promises a mysterious storyline and many artifacts to craft and treasures to explore. Hunt for the treasures on the mysterious cursed island and be ready to face any challenges that come up. Misty Continent Cursed Island is currently available as a beta in Google Play for Android users only. The devs are yet to announce a global release date and interested players can watch this space as we will be updating with the latest news in the future. 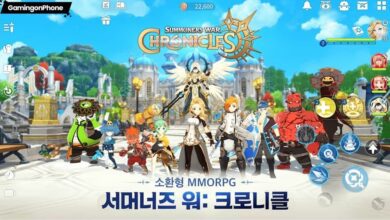