According to the latest reports, Netmarble will implement blockchain technology in its upcoming RPG game, Ni no Kuni: Cross Worlds. The game’s global version release date was announced on April 1, 2022, by Netmarble. The game was first unveiled at G-Star 2019, and Tokyo Game Show presented the first gameplay footage in September 2020. On May 15, 2021, the game was announced to release in Japan on June 10 of the same year. The developers have confirmed that the RPG will be released worldwide in the first half of 2022.

Also, during the company’s 5th NTP (Netmarble Together with Press) held last January, the company unveiled 20 game titles that are currently in development. Netmarble launched a proprietary blockchain ecosystem ‘MBX’ about a month after the 5th NTP.

The ecosystem focuses on elevating the excitement of Netmarble games by incorporating blockchain technology. MBX token was unveiled last February, and it recently began servicing the MARBLEX Wallet, which utilizes a Klaytn mainnet based blockchain ecosystem.

The new works will release in various genres such as MMO, action, strategy, sports, MOBA, and puzzle. The list consists of well-known IPs such as Seven Knights, Everybody’s Marble, Game of Thrones, Ni no Kuni: Cross Worlds, Tower of God, and The Seven Deadly Sins.

Details of blockchain implementation in Ni no Kuni: Cross Worlds

Ni no Kuni: Cross Worlds is a mobile MMORPG developed by Netmarble Neo based on Ni no Kuni IP, famous for its collaboration between Level Five and Studio Ghibli. It features a faithful appliance of “Ghibli-sh art” and casual game-ability so that gamers from all age ranges can easily enjoy the game compared to other existing mobile MMORPGs. It is expected to start global service in early summer this year.

Read our other articles on Ni no Kuni here

What are your thoughts about the implementation of Blockchain Technology in Ni no Kuni: Cross Worlds? Let us know in the comments below! 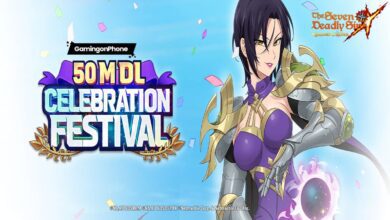