As per the previous leaks by ElChicoEevee and reported by us a month ago, the Generation VI fire-type starter, Delphox is coming soon to Pokemon Unite as a playable character. The speculated date is early or mid-June. It would be the third fire-type starter in the game and the seventh starter Pokémon overall. Furthermore, the arrival of another starter Pokémon might hint toward the addition of more Grass and Water-type Pokémon to the roster.

Nevertheless, the news of the arrival of Delphox in Pokémon Unite has been in the air for quite a while, but there has been an advancement regarding its speculated arrival with new leaks.

The trusted Twitter handle regarding Pokémon Unite leaks ElChicoEevee has now posted about the possible abilities and movesets of the mysterious fiery fox, Delphox. Let’s check the moves assigned to the upcoming attacker in the game.

Supposed Moves and Abilities of Delphox in Pokémon Unite

Contrary to most of the previous Pokémon on the roster, Delphox might have moves of just one type. With only fire-type moves available, many gamers have shown their disappointment in the absence of Psychic-type moves from Delphox’s arsenal. Delphox would have 3 evolutionary stages just like the anime (Fennekin-Braixen-Delphox).

Since Delphox is a dual Fire and Psychic-type, disappointment is quite rightful. As per the leaks, Delphox’s ability is Blaze, which would make Delphox deal additional damage with a fireball towards an opponent when using a move while having low HP. The move would go to a cooldown once triggered.

Available at level 1 or 3, this fire-type move would have the user shoot a flame in front of itself, dealing damage to the opposing Pokémon.

Ember might upgrade to either of two moves, Llamarada and Llama Embrujada at level 6, based upon the user’s choice.

This move would be an alternative to Ember and would have the user conjure up three sinister flames and launch them toward the designated area. These flames then explode and in turn, would deal damage to opposing Pokémon hit by the explosion and decrease their movement speed for a short time.

Will-o-wisp can be upgraded to either of these two moves at level 7.

This move deals damage over time to opposing Pokémon in the designated area of effect. Opposing Pokémon that are hit have decreased movement speed and weakened HP recovery effects for a short time.

Pokémon starters are an additional attraction towards any game they arrive in. The speculated arrival of Delphox surely looks imminent in June. The character with these awesome moves looks lucrative and fun to play soon. We shall be publishing the Delphox guide to help those who want to play as Delphox, as soon as the character arrives in the game.

What are your thoughts about the new Pokémon, Delphox leaks in Pokémon Unite? Let us know in the comments below. 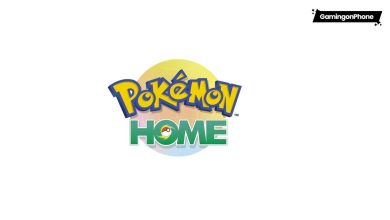 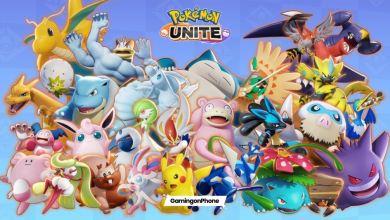