World’s biggest video game publishing division, Tencent Games have announced an official shutdown of the mobile version of its video game portal WeGame due to some “changes in business development strategy“. The users will no longer be able to download the application from the 15th of July, 2022, as per sources. Tencent has already stopped accepting new registrations and rewards from July 5 and it will permanently shut down its servers on the 8th of September, 2022 as reported by the South China Morning Post.

WeGame was launched in the year 2017 on mobile and PC with a strategy of directly competing with other rival steam games. To date, WeGame officially records more than 200 million registered users, and this is a sure thing to boast of. In the following year, Tencent came up with a plan to make a global release of its WeGame storefront after noticing that Steam would be making its way to the Chinese global market. Tencent saw this as a big opportunity to bring the Chinese games on a big platform in the global market. Now, it seems that WeGame has comparatively failed to deliver its purposes and targets and called for an official shutdown.

In the month of June, Tencent also shut down its streaming platform Penguin eSports after the Chinese government decided against the company’s merging with Huya and DouYu. If this merge would have been successful, then it would have made up around 80% of the game streaming market in China.

It is now impossible to determine what Tencent Games are actually looking for or what changes they are likely to produce in their development strategies. But as of now, WeGame will not witness any further development.

What are your thoughts on Tencent Games putting a shutdown on its mobile version of its video games portal, WeGame? Let us know in the comments below. 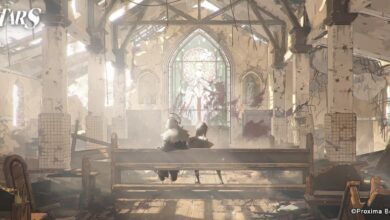