Craft Of Survival – Immortal is the newest entry into the world of action survival RPG games. 101XP LIMITED released the game globally in March 2022, after a beta test launch in August of last year. It brings together the well-known elements of base-building, crafting, and fighting. It is set in the fantasy world of the Shattered Coast frontier, in the Dawn of a New Era. Here is our review of Craft of Survival – Immortal, with all the good and bad qualities of the game.

Survive in a world full of dungeons against monsters and zombies

Starting with the Craft of Survival – Immortal review, the gameplay is fairly straightforward and simplistic. We start with a few essentials, like some food and weapons. The dungeon we spawn in has a few basic enemies that are easy to defeat. This game has a mechanic that makes it different from other RPGs – splash damage on all attacks.

Yes, you can just make enemies group up and attack all of them at the same time, and don’t need to select any particular targets, like you have to in a lot of other games in the same genre. It’s fun to fight both humans and monsters at once without having to select who to attack first.

Upgrade your skills and progress through the mysterious Arena

As we progress, we can get better weapons and armor sets. There’s a wide variety to choose from, and we can always find something that suits us best. We can upgrade different skills like Intelligence, Physical damage, Magic damage, et al as we gain skill points every time we level up. This helps to fight stronger opponents and in boss fights.

A big map awaits us in Craft Of Survival, providing us with a number of options to travel to for gathering resources and completing quests. Also, as the story continues, new locations are unlocked. The soundtrack of Craft of Survival is very calming and great to listen to in the background. It is one of the better aspects of this game.

This is one of the most anticipated features of Craft of Survival. The Arena Of Glory is the location on the map where we will be able to fight other players. It isn’t open yet and is expected to start functioning in future updates. A PvP feature adds a fun element to games. Especially if it’s well-balanced and the matchmaking is fair and according to players’ skill level.

Begin your journey in either of the four character classes

Each race has a short description of how they contributed to the land. There are different passives available for selection for all races, regardless of whichever race we choose:

This presents us, the players, with a headstart to the game. The developers could have given us more options to physically customize our character, though. More classes/races to play would have added more depth to the character as well.

Craft of Survival provides a well planned storyline for the campaign

Along with gameplay, Craft Of Survival also focuses on its story. A lot of RPG games in the mobile market don’t have a well-made story, but this game is somewhat of an exception to that. We are an immortal who rose up from the dead, trying to craft our own destiny in the world, after an earth-shattering rift opened up in the land, thus the name Shattered Coast Frontier.

We can get story quests from time to time along with side-quests, and the story itself is immersive. The campaign helps you to progress in a linear, straightforward fashion, which in turn makes it easier to unlock more parts of the story. We can say that Craft Of Survival does a nice job of keeping us invested in the main storyline.

The energy system gives the game a huge letdown

A lot of RPGs on mobile tend to have an energy system. This turns out to be one of the biggest cons of these kinds of games. A good energy management system can be designed, but that isn’t the case in Craft Of Survival: Immortal. We have 100 energy at max, and we use at least 8 energy every time we want to “run” anywhere on the map.

Walking takes longer, so a lot of players will choose to run, thus spending a ton of energy. The recharge time for one energy is long, so you have to very carefully manage your energy so as to not run out when you need it the most. This is what makes this game go down from good to average. This energy system slows down the progression and that’s where the developers could have done better.

Craft of Survival sells itself as a Free-To-Play game. RPGs with Free-To-Play elements are often riddled with microtransactions, and this game is no exception. Right from the start, we are given various offers that can help us kickstart our journey in Craft of Survival.

These offers are cheap enough, but they can pull players into the cycle of purchasing bigger and bigger offers, thus making us spend a lot of money on the game. The standard in-app prices of the premium currency of this game, called “Crystals” go all the way from 2 USD to 155 USD.

We can progress well without spending a dime, but it can take much, much longer that way. This monetization system, coupled with the energy system, is one of the biggest cons of Craft of Survival.

Overall according to a review, Craft of Survival – Immortal is a decent game aside from the energy system and monetization. If you like survival games filled with a lot of resource-collection and crafting, and if you like city-building, then this can be the game for you. By today’s standards, it is an average RPG and is somewhat similar to games like Last Day On Earth: Survival and Grim Soul Survival.

It doesn’t particularly add anything new to the already over-saturated mobile RPG market, except for integrating more of the storyline in the main gameplay. If you are looking for a time-killing RPG, you can have a good time with this one.

Craft of Survival - Immortal is a decent game aside from the energy system and monetization. If you like survival games filled with a lot of resource-collection and crafting, then this can be the game for you

What are your opinions on Craft of Survival: Immortal, and what’s your review of it? Do let us know in the comments! 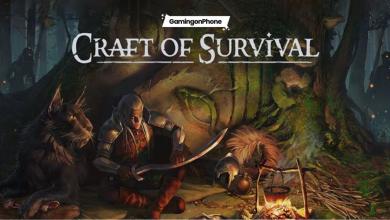 Craft of Survival – Immortal: How to contact customer support service 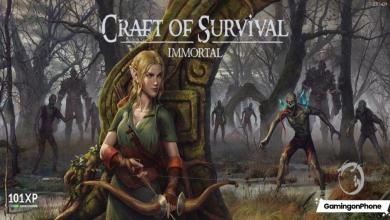 Craft of Survival: The complete Crafting Guide and Tips