By now, you must already be familiar with Qookka Games’ brand new title, Area F2, which they claim to be the first CQB FPS video game for mobile devices. The game was globally launched a week ago after being in Beta for a month. In case you’re still not familiar with the game, you can check out our beginner’s Guide to know what the game is all about and our Agent Guide to know about each and every Agent in detail. Assuming you have already read those guides or have a general idea about Area F2, you might want to take a look at these top 10 tips and tricks that will help you win the game easily and conveniently.

When playing as a defender, it is imperative that you defend your objective at all costs. Remember that you have the upper hand since your enemies are coming to you. There are CCTV cameras all across the map. Make use of them. These cameras are really helpful when it comes to spotting enemies. Do not focus on viewing just one camera and waiting for your enemies to come in front of it. Rather, switch between various cameras.

When you spot an enemy, scan them with the camera as soon as you can so that you can send their location to your teammates. However, if you see that your enemy somehow hasn’t spotted the camera yet, do not alert them by scanning. Simply let your teammates where they are through voice communication. When playing as an attacker, always take out the cameras to avoid being tracked. Cameras are generally placed at the upper corners of every room.

Similar to how defenders make use of a camera, as an attacker, you should make use of your drones. During the preparation phase of a match, try to locate the enemy objective if you can. When the timer for the preparation phase is about to finish up, do not leave your drones out in the open. Rather, move them to a secure location. During the actual match, you can still access the drones and locate your enemies. When playing as a defender, shoot the drones. Remember, drones are quick and can move beneath barricades. Therefore, the moment you spot a drone, shoot them, and make sure to destroy them unless you want to get spotted.

3. Do not trap your team in one room

This is one of the common mistakes that new players mostly make when they are playing as defenders. They think that by cornering themselves in one single room, they can hold off an attack. It is actually just the opposite. The attackers will have a golden opportunity to just throw grenades and damage all of your teammates before rushing in to finish you off. Instead, spread out across multiple rooms. Barricade as many doors and windows as possible, leaving at least one door so that you can easily move across rooms.

4. Flank around and use distractions

The best way to take out your enemies is to get them from behind. When playing as an attacker, it is not necessary that you have to go through the same wall or door which you just breached. Instead, use distractions and flank around. For example, you can set a breaching charge or remote explosive on a floor above, move down, explode the charge, move in through the door and attack your enemies while they are looking above at the source of the explosion. Your enemies won’t be distracted for long so you must move in as soon as you cause the distraction.

5. Make use of/Break down Reinforced Walls

As defenders, the longer you hold off your enemies, the more is your chance of winning. Your team should reinforce as many walls as they can since reinforced walls cannot be breached with normal breaching charges. Try to anticipate your enemy’s tactics and reinforce the walls which have the highest chance of being breached by an enemy. When playing as attackers, it is highly recommended that you have a Hammer or Volcano in your team. These are the only Agents that can breach reinforced walls using their special gadgets. If you do not have any of these Agents on your team, your job will be more difficult as your breaching options would be limited to non-reinforced walls.

As attackers, it is also recommended that you have at least one Agent who has access to a shield. That means you can choose between Boulder or Flash, or maybe your team can have both of them. When playing as a shielded Agent, your job is to protect your teammates rather than attack your enemies. Keep your movement as steady as possible so that your teammates can take cover behind your shield and take out the enemies. You would still have access to your sidearm with which you can provide support fire.

If you’re not playing as a shielded Agent but have one on your team, stay behind him as he enters a room. Take out enemies and use the shield as cover from incoming fire. When playing as defenders, try to flank around the shielded attacker. The shield won’t cover his side or back so try to shoot those parts of his body. If you’re overwhelmed, throw a grenade at the Agent. That will force them to retreat and wait out the explosion.

Some defenders have access to gadgets that can serve as lethal traps when triggered. It is recommended that you have at least a Cobra or a Wolf, or both in your team. Your enemies are very likely to come through barricaded doors. Therefore, setting a trap in those places will stop their immediate entry and greatly damage them. If you hear your enemy’s footsteps, try to throw a smoke grenade over your trap so that your enemies cannot see them and destroy them.

8. Do not place the Bomb near doors

This is for those playing the Demolitions Mode. You need to place the Bomb at one of the two Bomb sites on a map. Some defenders think that placing it near a door will allow them to take out enemies as soon as they enter. That is not always true. Rather, do not allow your enemies to know the bomb’s location in the first place. Place the bomb somewhere which has plenty of covers around it. Then keep your eyes peeled towards possible entry points for enemies. Even if you decide to place the bomb near a door, be very careful as your enemies would probably throw a smoke grenade before barging in. They might actually smoke the bomb and defuse it. Keep firing at smoked positions for a while as your enemies would probably hide in smoke.

A lot of new players do not know where to place barbed wires. They place it in open areas which are essentially useless since your enemies would probably destroy those. Rather, place it on staircases right around corners. Even though barbed wires slow down enemies’ movement, they will still shoot back if you try to shoot them. Instead of thinking that barbed wires are some form of wild traps, think of them as sound alarms. Place them nearby so that you can hear your enemies stepping on them to know where they are coming from. Throwing a shocker device on the barbed wire may even force your enemies to find another way as those devices would electrify barbed wires.

10. Always peak before you go in

This is probably a general rule for all competitive first-person shooters out there. Do not rush in blindly. Area F2 allows you to peek sideways. Peek around corners to check whether your enemies are waiting for you. Do the same for all doors and windows, and even breached walls. You may even get kills simply by peeking and shooting at enemies that are visible. Peeking also protects some parts of your body from enemy fire. Peeking is a skill you need to master if you want to become good at playing Area F2.

These tips and tricks will really help you out if you’re planning to get good at Area F2. Of course, you can improvise upon them such as implementing rappel-peek techniques to take out enemies or some other technique that suits you best. However, these techniques serve as the backbone for all other techniques. Therefore, to summarize, you should always place traps strategically when playing as defenders and flank around a lot when playing as attackers.

We hope that you will find these tips and tricks useful or improving your gameplay in Area F2. Let us know in the comments which tips and tricks you found most suitable when playing Area F2 and what purpose did it serve.

For more Mobile Gaming news and updates, join our WhatsApp group or Discord server. Also, follow us on Instagram and Twitter for quick updates. And feel free to join the discussion at our Discord or subreddit. 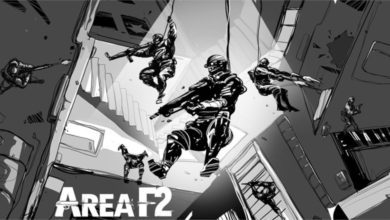 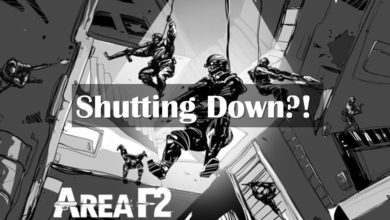 Area F2 is shutting down as Ubisoft won the lawsuit 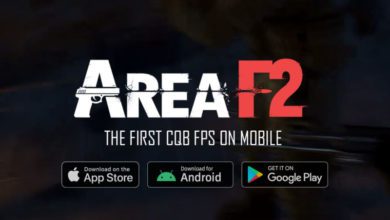 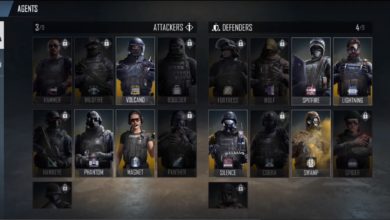 Area F2 Agent Guide: All the tips and tricks you need to know