Cleo is a fighter – tank type hero enhanced with ability damage in Champions Legion. He is the 1st Hybrid warrior hero that you will get free after installing the game. He is a very easy to play type hero. You can even play a little bit aggressive with this hero. Though it is a tank so it is infused with CC too. Use the combos on time and be the most useful hero on the battlefield. So without further ado let’s just jump into the CL battlefield with Cleo. In this guide, we will be seeing these ban-worthy hero skills, items, partners, as well as some tips and tricks on how to play Cleo in Champions Legion.

We have previously discussed how to master playing with other Champions Legion heroes like Norah. So make sure to check the Norah hero guide as well. For now, let’s focus on Cleo.

Cleo is a hero that has four abilities which are one passive and three actives. In this Cleo guide, let’s see what are his abilities in Champions Legion, and when you can use which skill to get the best out of him.

It is a very unique type of CC ability for Cleo. As a melee fighter he has a little bit longer attack range than any other fighters, so each time with his basic attack he will store one stack of vanguard and when it reaches up to 5 then his next basic attack will deal 160 amount of physical damage and knock targets in the air for 0.5 seconds. If you can use it wisely it is a very useful passive in a team fight.

By clicking this skill you can dash to a designated direction while dealing 120/136/152/168/184/200 amount of physical damage to enemies. If you successfully hit at least one enemy with this skill then its CD will be reduced by 40%. To gank from the bush or escape from the combat zone it is a very useful skill, you can use it as a flash spell.

It is the most useful skill in a team fight if he is playing as a primary tank. Cleo will swing his sword instantly and deals 120/160/200 amount of physical damage to enemies while slowing them by 50% for 1.5 seconds, after that he swings his sword once again and deal 160/200/240 amount of physical damage while stunning all nearby enemies for 1 second. Try to hit more than one enemy with this skill cause the more enemies you hit the amount of stack defense (physical and magical +35 for each) will increase. You are immune from any CC while casting this skill and the damage taken ratio will be decreased by 50%.

Max your skill 1 first then skill 2 accordingly and Ultimate whenever available.

Use Daze or Heal when you are playing him as a Tank. Or else you can use Execute, Disrupt, Weak if you are using him as a Fighter.

Best Partner and Item Builds for Cleo in Champions Legion

Cleo is a hybrid type hero, we can play him as a tank or we can also play him as an offlaner fighter if needed. But in order to play him as a duel character, we have to build some specific items on Cleo. In our Champions Legion guide, we will discuss two builds you can try out with Cleo to get the best out of her in CL.

At first, if we use Cleo as a Primary Tank then you must use KURA as your partner and set your Beads like this-

In this bead set up, we are mainly focusing on defence and a pinch of offence. Now you can use this item sets to make your pet’s ability more useful:

In this build, we have to choose our items wisely. First, buy boots of speed, don’t just upgrade it to sonic boots. After buying your low-grade boot, build a support item, Tenacity Shield. Its unique passive will give you gold if you have the least gold among the team. Then focus on your attack item Umbra ax for more penetration and meanwhile cover yourself with one defense item (physical or magical) according to enemy pick. Then build some extra shield and wrap it up with your support item Cloak for extra movement speed and extra HP.

We can clearly see that Cleo has a good amount of physical damage in his abilities,so we can definitely use him as a Fighter/Semi Tank .But in this case we have to choose the pet as DRASH and set your Beads like this to gain the physical attack output-

In this partner bead, we are mainly emphasizing on Cleo’s attack damage and his Attack speed. Now we can use this build on him to get a successful result:

In this build buy sonic boots or Hermes’ Select. Then focus on your first attack item, after that when you are flexible in the battlefield build your third item or a defense item (Ice Walker). Then again your second attack item to deal more damage to enemies. And the last item completely depends on your enemy team pick, if they have more than two magic damage heroes build magic resistance or else build another attack item to terror the enemies.

Cleo can be used as semi tank and tank both, so in case if you have more than one fighter in your team build Semi Tank or if you are the only fighter in your team build Tank. Cleo is suggested to take control of his top lane. Two tanks or two fighters situation takes control of mid lane or help your ADR. According to his gameplay, we can break it down into three phases. Our Cleo guide includes the perfect game plan for the early, mid, and late game in Champions Legion.

Go top lane, wait in the bush, clear the 1st minion’s wave.then if your assassin nearby helps her to take buff or invade the enemy side jungle. After that clear the second wave of minions. Try to up your level and open your ultimate, whenever it is on look at the minimap and try to do a successful gank. Don’t afraid to charge dot life enemies when you have not used your ultimate. To do a perfect gank in this level you can use this combo-

But do basic attacks in between combos to gain one extra knock up from passive to kill enemy. Help your carry or tell them to take Drake, it is really helpful to keep pressuring on enemy lanes.

In this phase try to kill some jungle monsters if you are playing as semi tank, do rotate in mid whenever necessary. Try to build your core items according to your enemy. Building an attack item will be great at this phase or as a tank spend your golds to build Support Clock.

Destroy top lane enemy outer turret and join in the team fight. Try to save your damage dealer. Use skill 2 wisely in this phase.it is the only escape tool for you to fall back from any bad situation. Try to roam in bushes and collect the Time reduction Rune if possible. In this phase protect your Damage dealer as a tank or charge the enemy’s carry as a fighter.

It is the perfect time for you to shine on the battlefield, never leave your carry at this moment. Now we will tell you the trick, previously we already told that when 5 vanguards stacked, the very next basic attack will do a free stun. So in a team fight so basic attack up to four times on anything then use your last 2 basic attacks on enemy carry.

If he tries to escape or hide behind his tank just use skill 2 then stab with skill one and perform your ultimate. The more enemies mean more shields. After 2/3 of your enemy died, positively take the typhoon buff and Sentry. Buffs will help you to stay longer in the combat zone. When you low on HP bar don’t always recall, Item builds and Beads are there to provide you HP and Mana regen, so just wait for few seconds in the bush to join again in the team fight.

Cleo is no doubt a good hero, but he is not always helpful again meta heroes. His ultimate got an animation effect and it takes 1.3 seconds to perform a stunning effect, so after seeing the 1st wave of swords the enemies fall back by using their blink skills. But he is very useful in surprise team fight attack and killing squishy heroes. So with your skill casting ability try to focus on Enemy Mage/MM. Hard stuns might get him into some trouble.

That’s all for today’s guide about Cleo in Champions Legion. Do you prefer to use Cleo in any other way? Let us know in the comment section below!

Thanks for the cleo guide.. its really helpful for me.. ❤️ 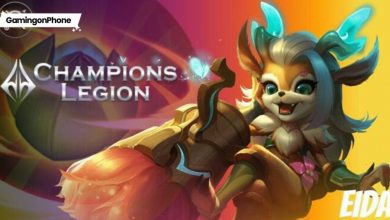 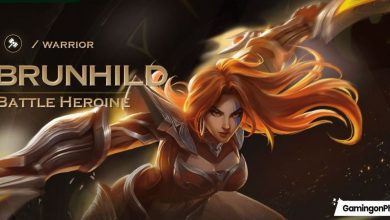 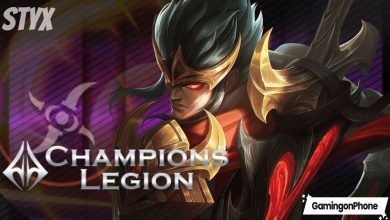 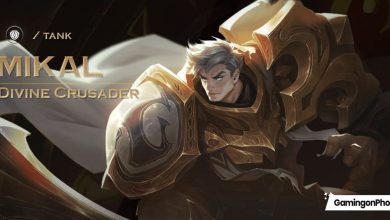