eFootball PES 2021 has definitely upped the ante when it comes to the releases of Iconic Moments. Since the Datapack 2.0 update, users can relive match-winning performances from all the legends of the game in coin packs where several clubs have their icons up for grab. Several users have a great array of Iconic Moment players over a set of different clubs, with some mainly focusing on collecting Iconics from their favorite clubs. End of the day, it all depends on luck. With legends being easily churned out in the game slowly, Iconic Moments players can add to the real glam of your squad. Despite the odds to get an Iconic Moment player is very low, in this article, we shall review the Chelsea Iconic Moments in PES 2021.

Whenever any new Chelsea Iconic Moments are released, this review will be updated with the new set of players. We have previously reviewed the Iconic Moments players of the following clubs from PES 2020, so feel free to check those reviews out.

Chelsea traveled to Bolton‘s Reebok Stadium on 30 April 2005 with around 27,000 in attendance to watch the match. With the knowledge, a win and all three points would crown Chelsea the Champions of England for the first time in five decades. The match kicked off and a tense and goalless first-half followed by the second half masterclass by Frank Lampard.

Frank Lampard put Chelsea ahead on the hour mark. A long kick from Petr Cech was flicked on by Didier Drogba for Frank Lampard. The Blues Midfielder had to control while winning a battle against a defender for a high, bouncing ball just outside the penalty area before making space for a fierce right-foot drive to give Chelsea the important lead. Lampard was the scorer again for Chelsea as they countered from a Bolton corner fifteen minutes later, with Lampard picking up Claude Makélélé’s through ball and rounding goalkeeper Jussi Jääskeläinen, running fully 50 yards before slotting into an empty net for his second goal of the game to seal a conclusive 2-0 win and the historic league title for the Blues – Mourinho’s first in English football.

This result took Jose Mourinho’s men to 88 points, 14 clear of second-placed reigning champions and London rivals Arsenal after 35 games at the end of April 2005. Even if the Gunners, were to win their four remaining games they would still only finish on 86 points.

While most of the players who have the Legend version of Lampard with them and consider not to go for his Iconic version, it would be safe to say that even though the Iconic version has better stats, both the cards are similar and you can find only little differences altogether. But it is quite a different story when you play Lampard with the Chelsea boost. He tends to perform better and does have a positive impact on your side.

Starting this PES 2021 Chelsea version of Lampard Iconic Moments review with this playstyle, even though he is a Hole Player, Lampard is a mix of Hole Player/Box-to-Box midfielder, who is capable of fulfilling scoring, creating, and defending duties for your team. His high offensive awareness is a ridiculous plus, which is combined with fantastic finishing to offer you the best in front of goal. His shots are really accurate, and with the 98 Kicking Power at max level, you can just imagine how powerful his shots might look.

Frank was particularly known for his long-range shots, and he doesn’t disappoint here either. The game has a lot of players who are superbly good in long rangers, and Lamps is one among them. Precision and Power, the ball travels like a rocket when met correctly. Lampard thrives under space, works well off the ball too.

When it comes to him making runs, he is really good. But don’t be disappointed if he doesn’t meet the ends of your lofted or through passes. The pace is a letdown if you are planning to use him like an AMF more forward position advances like Cruyff or Havertz because he is not similar to them at all. Instead, he is a very creative outlet and does have amazing passing prowess with 90+ Low and Lofted Passing stats with skills like One-Touch pass, Through passing, Weighted pass, and Low Lofted pass.

Compared to his Legend version, the Iconic version has more control over the ball and feels smoother, but isn’t the best of the lot. It is tough to dribble with Lampard, he still feels a bit heavy on the ball even though he has good dribbling stats. On the defensive side of the game, his stamina makes him press a lot, and hence he is good in the department. Interceptions are fine, ball-winning is good, but aerially he is not close to average.

Talking about skills, Lampard has 9, so you can think of adding any type of skill you like. For those who like dribbling skills, Double Touch is the best option, or even Flip Flap too. Finishing is great, so if you want his first-time shots to be accurate, First-Time Shot is the best skill you can train him with, the other options can be Dipping Shot or Rising Shot.

Overall, Lampard is one of the best-attacking CMFs in the game, top-tier IM for sure. He is very good for those who love their CMFs to have great long-range shooting and finishing, who can also get his defensive duties fulfilled efficiently.

Lampard is a great fit at CMF without doubt, but he can perform as a sole AMF in formations like 4-3-1-2, 4-2-1-3, etc. He has a similar profile to that of Man United’s Robson, functions as a Hole Player/B2B hybrid so he can play the LCM role in 4-3-3, 3-4-3, etc. Since making good runs and finishing the ball is his forte, better to pick an advanced attacking role.

Drogbaaaa!!!! They’ve pulled the rabbit out of the hat again!! Who doesn’t remember this Iconic commentary by Martin Tyler? While the man mentioned at this moment isn’t in the game yet, one more star for the Blues that night definitely is. Petr Cech delivered one of the greatest performances in a final, and Chelsea fans have never forgotten the Czech wall he was on that night.

Facing Bayern Munich in their own backyard; the Allianz Arena, Munich – with 62,000 fans on their seats to witness another thrilling European Final, Chelsea qualified by beating the current cup holders, Barcelona, in what was Torres‘ greatest moment in a Chelsea shirt. No wonder odds were against Chelsea that night, but the match that followed had a different story.

Dominant Bayern started the match by maintaining most of the possession, wildly going for shots. Chelsea wasn’t very impressive, but they did create the best of chances. Petr Cech forced two brilliant saves, but couldn’t keep the ball out from the net in the 83rd-minute header from Muller. The time was ticking, but the Drogba header in the 88th minute from a Juan Mata corner to push things to Extra time.

But things went wrong for Drogba as he fouled Ribery in the box, earning Bayern a penalty. But Cech guessed Robben’s penalty right and dived to his left to save the game for the team. The match followed into Penalties, where Cech saved the last two of the five penalties, and Drogba scoring the final penalty for Chelsea to win the 2012 Champions League.

Even though Drogba won the UEFA Man of the Match, fans voted Cech as the hero of that night.

Legend Cech is already regarded as one of the best Goalkeepers in the game, his PES 2021 Chelsea Iconic Moments version isn’t a big upgrade over him if speaking the truth, yet here were are with an honest review. Cech is a Defensive Goalkeeper, so you can expect him to have a similar profile to that of Kahn, the closest to Cech.

As observed with different managers, Cech is a pretty consistent goalkeeper. He maintains his position well and does do an excellent job in stopping shots from inside the box. Even though most goalkeepers have their goalkeeping stats maxed up to 99, some do not reflect it on the pitch, whereas for Cech it is a different case. He is really the best solution for low and powerful shots along the ground and does have a brilliant reflexing ability to push off the ball.

Even though Cech is a top-tier shot-stopper, his clearing abilities haven’t been at consistent best yet. Sometimes, he is found to pull off some extraordinary saves, but that will be nulled by his poor clearing ability, which has been seeing a face of boots wore by the opposition players. This isn’t a big issue when you face opponents with a possession style of play with conservative pressing, but can find difficulties if the opponent is pressing hard and you can’t pass the ball from the back.

Cech is overall a consistent goalkeeper to have, he is so good at handling and stopping the ball, and you might agree with the same. Even if Cech is nowhere close to the ratings he deserves (the age level cap is the reason) without doubt he is one of the best GKs in PES 2021.

Cech can fit into any formation, but make sure the pressing is conservative and the manager is under the All-out defense tactic. Cech being a brilliant shot-stopper but isn’t a sweeper, so he tends to stay on the line. So a conservative 4-3-3 or even 5-2-3, 4-2-1-3, 4-3-1-2, etc. are all good formations for him.

Did you find our PES 2021 Chelsea Iconic Moments review helpful? What is your opinion on them? Do let us know in the comments!

Thank you! Make sure you check our other PES articles too 🙂 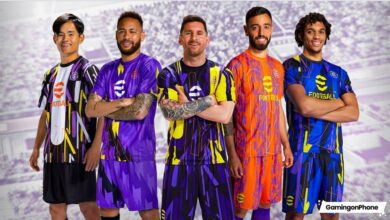 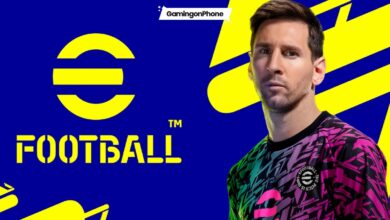 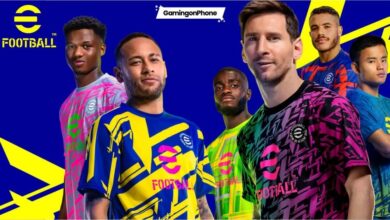