Free Fire has a lot of elements that make the game versatile. One of the unique features of this game is its Character System. Every character in Free Fire is associated with a unique skill. Players can at most, currently, equip a combo of four different character skills. This adds to the strategic aspect of the game. Today, in this article we will get more into the character lore of this game and see how some of the Free Fire characters have been inspired by real life personalities.

Kla is one of the OG characters in the game. He’s a martial arts expert holding expertise in Muay Thai. The character seems to have been inspired by Tony Jaa, an actor who rose to fame following the success of the Ong-bak Trilogy. No surprise why Kla hits his punches real hard!

Misha is an extremely talented racer. Her unique skill makes her one of the best characters to drive around a car with. Well, this cheeky little character is inspired by an already existing character from another game Cindy!

Cindy is a fictional character from the game Final Fantasy XV. What’s more interesting is the fact that Misha isn’t just similar to Cindy in terms of appearance and clothing but also in terms of personality and skill attributes. Both are experts when it comes to using vehicles.

Luqueta, the first football player to come in Free Fire, is inspired by Lucas Paquetá. He’s a professional football player who plays as an attacking midfielder for the French Club, Lyon. Luqueta is a survival sort of character. His skill Hat Trick extends the max HP, bit by bit, per kill.

One of the most played characters in Free Fire, DJ Alok, is based on the Brazilian Music Artist who goes by the same name. His character skill is one of the most widely used skills in the game. ‘Drop the Beat’ creates an aura that restores HP and gives a temporary movement speed buff.

DJ Alok was also part of one of the first collaborations to happen in the game. The Artist also released an official collab song ‘Vale Vale’, in association with Free Fire.

Hayato is a kid who hails from a very legendary Samurai Family. The character is still pretty popular among the players, perhaps, not as much as when he first came out into the game. Hayato takes inspiration from Jin Kazama, another fictional character, from the game Tekken. Moreover, both the characters are true warriors filled with pride over their own fighting prowess. They both even share almost the same clothing style as well.

Maxim is the true-foodie in Free Fire. He never says no to food and even is considered to be a competitive speedster. His character skill was designed to keep this aspect of his personality in mind. And as a result, he consumes med-kits at a faster rate.

Maxim is based on the fictional Marvel character Quicksilver (Pietro Maximoff). Both, almost, share the same clothing style besides having something to do with having ‘speed’, too.

Jota is a parkour specialist. The character released much to the pleasure of all the Indonesian server players and was based on the Famous Indonesian actor, Joe Taslim. The actor worked together with Free Fire to come up with a very realistic facial texture for the character Jota.

K or Captain BOOYAH, one of the latest characters to be introduced in the game, is again, based on a world-renowned American musician DJ KSHMR. His real name is Niles Hollowell-Dhar. His skill ‘Master of All’ is arguably one of the best character skills in the game as of now.

He’s also partnered with Free Fire to release an official collab song called ‘One More Round’. The song received much love globally and hence can be called a fan favourite among the player base too.

Jai is a SWAT commando in Free Fire who believes in delivering justice at all costs. The character is very popular among clutch players as his skill automatically reloads weapons after a successful knockdown.

Chrono, the upcoming character, is entirely based on none other than Cristiano Ronaldo himself! The ongoing Free Fire × CR7 Collaboration is going to launch this character soon in the game. Cristiano Ronaldo is a legend in the footballing world and has very massive popularity among a lot of people scattered across the globe.

The character Chrono will also serve to be special in the sense that this character will have a defensive active character skill. One that is really going to prove to be a total game changer!

Related – Free Fire Chrono Guide: Everything you need to know

What is your opinion on this Free Fire characters in real life article? Do let us know in the comments! 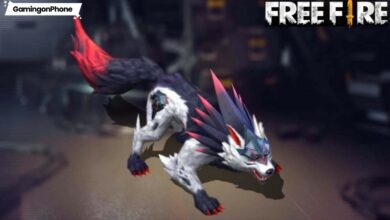