A new 5v5 Capture Point Mode of Astracraft, the real-time sandbox adventure mobile game from NetEase Games will arrive on February 05th, 2021! The first official map of Capture Point, “Asteroid Base” will come as a part of the update which has been rolled out. Gamers can now form teams consisting of 5 members to compete and battle it out with up to 10 ARMS in Capture Point Mode.

What will you get to play in the 5v5 events in Session?

Players can now form teams of 5 to play in the prize events such as the 5v5 Elite Squad mode at Capture-Point. All you have to is to enter the 3 Capture Zones on the map to gain control. Controlling the Capture-Points will grant you more energy. Each team would target to collect the maximum energy in the time-being. The team with 100% Energy will stand victorious at the end.

3 wins at the Capture Point will grant you Big Guy” Heavy Core. It is a high mobility core with a large monopod. This core is highly durable and can temporarily defend against all damage! 4 Themed Missions will be available every week. Completing missions would provide you with Fire Diamonds and Star Coins.

Roulette Game: Fire Diamonds can be used to play and win the 5v5 theme-limited skins. A number of 40 plays would provide you with all the rewards from the Roulette Game. With the Broken Crystals you get as repeated rewards, They can be spent at Redeem Reward to get unobtained items. Redeem Sourcestones of equal value with remaining Fire Diamonds and Broken Crystals.

New modules added to the game: Gliders, Copier and more

A number of modules are set to be added to the game:

With unique gameplay and creative build-concepts, players are easily attracted to NetEase’s latest adventure-based game. A new 5v5 Capture Point Mode, missions, and rewards will only contribute to the popularity of Astracraft.

What is your opinion on the announcement of 5v5 Capture Point mode from Astracraft? Let us know in the comment section below! 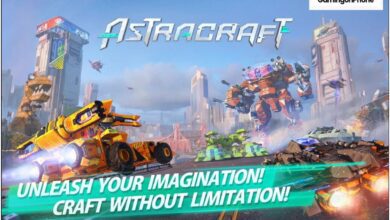