Battlegrounds Mobile India is one of the most popular games in India. It was launched by Krafton, especially for Indian players after the ban of Player Unknowns Battlegrounds Mobile aka PUBG Mobile. After the launch, we have already witnessed two successful official tournaments, BGIS and BMPS. Team GodLike from the BGIS leaderboard also represented India in the PUBG Mobile Global Championship (PMGC) 2021. All these tournaments were streamed on internet-based platforms but for the first time, a BGMI tournament is going to be streamed on live television. In this article, we are going to discuss how the television appearance of BGMI is going to be a game-changer for the Indian Esports industry.

Although BGMI official tournament streams get an average concurrent watching of 200k viewers, fans cannot deny the fact that streams on television always get a bigger reach. Physical sports like cricket and football matches were always streamed on TV. It is one of their primary reasons for massive popularity.

Recently, one of India’s most prominent tournament organizers Nodwin Gaming is bringing BGMI Masters Series, which is a BGMI LAN tournament. Arguably India’s biggest sports television channel, Star Sports has partnered with NODWIN Gaming to broadcast the Battlegrounds Mobile India (BGMI) Masters Series tournament from the 24th of June till the 17th of July, 2022, in Hindi, Tamil and English. The tournament will be aired LIVE on Star Sports 2 from the NODWIN Studios.

The participating teams will play for a prize pool of Rs 1.5 crore. Top teams of India like Soul, GodLike, X-spark, and TSM will participate in this tournament. It is the first-ever mobile Esports tournament in India, which will air on live television. Star Sports is known for its A-tier production and quality. World’s one of the biggest cricket leagues, the Indian Premier League (IPL) was also aired recently on the Star Sports network.

How the television appearance will change the game

Esports is witnessing gigantic growth in India in recent times. One of the biggest reasons for this growth is Battlegrounds Mobile India, formerly known as PUBG Mobile. Internet and mobile are very cheap in India. These advantages make mobile games available to most of the young generations. Due to this, they can connect with their favorite mobile games, in this case, which is BGMI. It is just like cricket or football. Live matches of physical games encourage spectators to play the game by themselves.

Star Sports is a renowned platform for sports in India. BGMI tournaments will get more reach in India. After watching it on live TV, people will be eager to try the game for once. If the organizers continue to stream tournaments on television, the craze for the game will reach a larger section of audiences, where people of multiple age groups will participate in esports.

Esports will get the same recognition as other physical sports. The initiative is already started in other countries. The addition of Esports in global multi-sporting events like the Olympics, Asian Games, and Commonwealth Games is a strong testament to the growing stature of the sport worldwide.

Do you think that BGMI Master Series being streamed on television, will be a game-changer for Indian Esports? Let us know in the comments below. 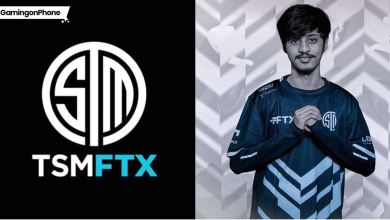