Clash of Clans does have a popular fan-base still, thanks to their timely updates and equally entertaining events. However, after their 8th anniversary, the only big news was the 2020 Summer Update. Fans were eager to get to know about more events for the future. The shackles of a long dry spell in the game broke with a new introduction to the Clash of Clans Super troops list in Super Archer. However, two new additions in Super Valkyrie and Super Minion will come along with the Autumn 2020 update. As the frenzy for the same still present, let us look into all the Super Troops in Clash of Clans.

Clash of Clans Super Troops: What are they?

The introduction of Super Troops to Clash of Clans dates back to early 2020. In the March Spring Update, these new troops were introduced to the game as an optional troop boost in your home village. When you click a barrel next to the trader building, you get the options of all the Super troops available in the game.

What it basically does is it allows you to temporarily power-up existing Troops into Super versions of themselves. Each Super Troop will have a special ability that sets them apart from their normal version, adding a whole new dimension to your Home Village. However, they should be meeting certain requirements.

After the addition of Super Archer to the game, as of now, there are seven Super Troops currently existing in the game. Details of all of them are as follows:

Super Barbarian was one of the four Super Troops that was introduced during the March update. The troops follows a similar pattern like the Builder Base troop, Raged Barbarian.

The Super Barbarian is a stronger, faster version of the Barbarian whose special ability is Rage. It starts off raged for 8 seconds after being deployed. They have no preferred target when attacking; they will attack the closest building. Its higher health allows it to last longer than home village Barbarians.

Another super troop that was introduced along with the Spring Update. His special ability is Cloak, which serves as an overcoat to be invisible. A more stealthy version of the home village Goblin, he starts invisible to defenses for 5 seconds after being deployed. It bears a visual resemblance to the Goblin Brawler from Supercell‘s Clash Royale.

The Super Troop version of the wall breaker. A very powerful troop when you consider the damage deal. With its special ability of Mega Bomb, the explosion will break any wall regardless of level.

Introduced along the first three mentioned Super Troops, the Super Giant is very powerful compared to its home village class. With the Special ability called the Wall Buster, Super Giants deal 4x damage to walls and can carve through them like a Giant Cannon goes through Sneaky Archers from the Builder Base.

Double the size of the normal Giants, they work great as a tank to push your troops behind him for support. Players require Town Hall 12 in order to be able to boost Giants into Super Giants.

Inferno Dragon was introduced nearly three months after the first four. It is a Super Troop version of the Baby Dragon. Equipped with a mobile Inferno Tower on his back, just like the Single Mode Inferno Tower. The Inferno Dragon’s special ability Inferno Beam attack increases in damage the longer it shoots up to 1600 DPS.

Players require Town Hall 12 in order to be able to boost Baby Dragons into Inferno Dragons. They have the capability of taking down high health buildings quickly. They also have no loss of DPS when next to other troops too. Currently, the Inferno Dragon stands as the only one of seven Super Troops to have been transferred from Clash Royale.

Introduced along with the Inferno Dragon, the Super Witch is a super upgrade to the Witch. While the Witch summons a small batch of Skeletons in the Home Village and the Night Witch from the Builder Base summons a swarm of bats, she summons the Big Boy, also its Special Ability. The Big Boy is a single giant Skeleton with almost as many hit points as a Super Giant.

She can only have one Big Boy active at any one time. However, she can summon another if the Big Boy is destroyed. The negative points goes to its housing space, which takes up 40 housing space in your camp, which is the highest in the game.

The gameplay for both Inferno Dragon and Super Witch can be viewed here:

Super Archer is the latest of the lot. It is powered up with a Sharp Shot special ability. Also, it can threaten targets several buildings away as her arrows deal damage to multiple targets in a row, even though she still makes single target damage.

The damage dealt in a row is the same for all the affected buildings, unlike Electro Dragon. She draws similarities with the Magic Archer from Clash Royale.

This is a new Super troop that will be coming to Clash of Clans, which was announced on the 10th of October, 2020 on the official social media handles of the COC team. This is a very strong upgrade to the existing Valkyrie troop. If you are Town Hall 12 and above, you can surely spend dark elixir to try out the all-new troop once the update drops out.

Her special ability is named ‘Farewell gift‘ and is really a ‘raging’ ability one can have, as once she perishes, she will drop a rage spell, so the troops in that area will get the bonus of this.

Another new Super Troop that joins the list of already an elite collection of them, the Super Minion is in fact, a bigger and beefed-up version of what is arguably the smallest Troop in Clash of Clans you can train. The announcement of this troop was made on 11 October 2020, the day after the Super Valkyrie announcement. It’ll be coming along with the Autumn 2020 update.

It is an air unit just like its tiny version, but it does attract Seeking Air Mines, which the Minion would not. However, the Super Minion does deal more damage and has more hit points in comparison. Its special ability is called the Long Shot which gives it a longer range to fire its first few shots.

The Super Wizard is a Super Troop based on the Home Village Elixir troop, the Wizard. It can be unlocked by boosting the Wizard when he is upgraded to level 9 or higher, at Town Hall 12. The card draws similarities with the Electro Wizard from Clash Royale.

He boasts of a chain-attack that can damage multiple targets at once, thanks to its special ability ‘Chain Magic‘. This chain can hit up to nine other targets that are close enough to the primary target (doing 40% of the regular damage to each), so the overall attack can hit up to a total of ten targets.

The Ice Hound is a Super Troop based on the Dark Elixir troop Lava Hound. It can be unlocked at Town Hall 12 by boosting the Lava Hound when upgraded to level 5 or 6.

The Ice Hound is similar to a Lava Hound, except with higher hitpoints and an ability to freeze damage its targets that it hits, which slows those targets down just like the Ice Wizard and Ice Golem. Upon death, it freezes the surrounding area and releases several Ice Pups, with its special ability named as Dish Served Cold.

If you are looking for Town Hall guides to help you upgrade and learn new attack strategies? Check our guides below!

What is your opinion on the Super troops in Clash of Clans? Do you find them better than the home village troops? Do let us know in the comments! 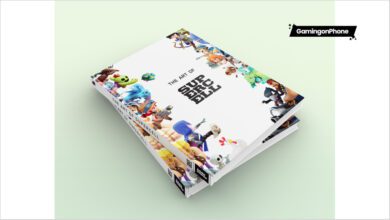 The Art of Supercell: 10th Anniversary Edition is now available for the fans 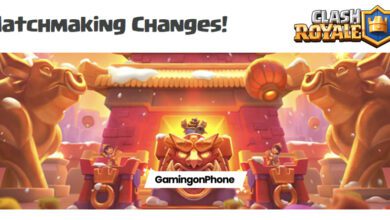 Clash Royale is finally doing the much needed Matchmaking changes 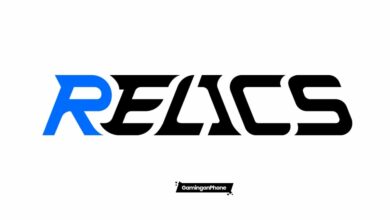