Bren Esports, the MLBB M2 World Champions received congratulatory praise in the form of a resolution from the House of Representatives in the Philippines. The House commended their achievement for being the winners of the recent Mobile Legends Bang Bang M2 World Championship that took place in Singapore on January 24, 2021.

The tournament ended with an impressive 4-3 victory for Bren Esports in the Epic Finals against Burmese Ghouls. Just after they touched down on their homeland, Bren Esports was given a huge recognition by the House Resolution. This resolution was filed by Lucy Torres-Gomez, who is a Leyte 4th District Representative.

Despite the current pandemic, Bren Esports managed to come out victorious in the Championship

Bren Esports received the congratulatory resolution from the House of Representatives for their historic feat in the tournament. They showed inspiring perseverance regardless of the hurdles they encountered due to the current pandemic situation across the globe.

The Philippines resolution later stated that both the lack of conventional sports and the recent rise in online streaming platforms have positively lifted up the status of Esports gaming in the Philippines.

Furthermore, the representative stated that the Esports industry has been very new in the country. This is just the beginning of the rise of Esports in the Philippines. But this achievement from Bren Esports could be an inspiration for the youth to look forward to the possibility of going into Esports. Furthermore, they can explore the world of professional gaming as an alternative career in their life.

What are your thoughts as Bren Esports receives praise for winning the MLBB World Championship? Let us know in the comment section below! 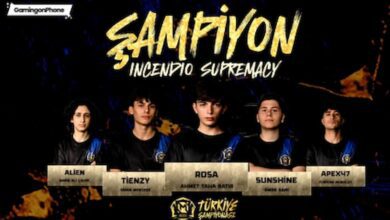