NetEase Games in association with CCP Games developed EVE Echoes, is set to release in mid-August, 2020. NetEase Games are known for adventure game Cyber Hunter which was released last year. Eve Echoes is a brand-new next-generation sci-fi MMO game set in an alternate universe of New Eden that brings the authentic EVE Online experience to mobile devices. EVE Echoes will also include basic tutorials for new players to advance and enhance their space-faring experience. Pre-registration for the game begins from today on Google Play and App Store. Or you can head over to the official website and make the pre-registration.

It has been a titanic effort from hundreds of people in the development team that could make it possible for Eve Echoes release in mid-august 2020. The development began in 2017 and since then, the team was working on it. In the special stream on their official YouTube channel (the dev stream is attached below), the developers said that they are upgrading and adjusting the server for the players in order to make sure lots of new users join the game.

What made them go for the mobile version of Eve Online?

Wei Su, Senior Producer at NetEase said that they wanted to expand the influence of the game and also attract new players. In order to make new players experience the charm of the game, it was necessary to look at mobile gamers. Though it was challenging, they are honored to take it. During the open beta launch in December 2019, the server was crashed because they underestimated the number of players. Now they are completely prepared. They are currently working on the feedback received from the last open beta test and actively working on new features.

1. What is the Monetization system in Eve Echoes?

Eve Echoes will follow the basic concept of the monetization plan of Eve Online. It will have the Omega Clone and it is divided into two levels. So players will have the option to choose what they want at different prices. The developers didn’t provide complete answers as they want to build up the suspense.

2. Will there be any pay-to-win phenomena in Eve Echoes?

As EVE Echoes is set to release in mid-August, 2020, the developers received lots of feedback from the players. Most of them complained about this system and so there will be no pay-to-win in Eve Echoes.

3. Have the developers thought about Low-end devices?

According to Wei Su, Senior Producer at NetEase, they have been working hard to make it possible. There have been several levels of graphic settings in order to increase the capability of low-end devices. The programmers are working day and night in order to optimize the game for gamers around the globe.

4. Will there be any additional features or elements in Eve Echoes?

Yes, there will be the option of Offline Autopilot. This is the most important change from the last open beta test. The players complained that they have to keep jumping for a very long time on their mobile devices. Now in offline autopilot mode, you just need to set the destination and begin your epic journey without limits.

5. Can the data from EVE Online be transferred to EVE Echoes? 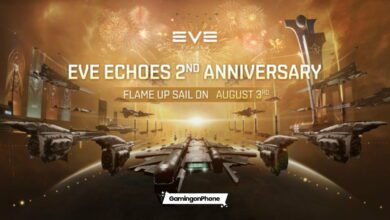 EVE Echoes celebrates its 2nd Anniversary with a new Expansion: The Sleeper in the game 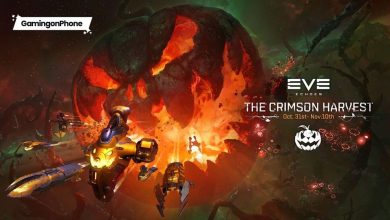