For a while now, PES Mobile has gone by the name of “eFootball PES“. According to a few leaks discovered in the trademark applications of Brazil and Argentina, a brand new logo of PES 2022 has now been discovered for the series. A new name of eFootball 2022 will accompany the new logo for PES mobile.

One of the most recent additions in the versions of PES Mobile has been the new eFootball season program. Konami has brought the cross-platform reward system of the eFootball Point Program, which can help players to attain additional bonuses by engaging in different activities on PES Mobile. You can redeem new Iconic Moments, get new kits and featured players off the eFootball Store.

According to a tweet from Renan Galvani and Elrussiwe, it has been evident that new trademark applications in Argentina and Brazil have shown a glimpse of a new logo and the name of “eFootball”. These leaks do hint that PES 2022 could be called as eFootball 2022 with the release of a new logo. These two applications show different variants of the same logo. The one from Brazil was aligned in one row, while the one from Argentina shows the logo above the wordmark.

Konami has been very quiet about the upcoming release of PES 2022. After releasing only a short teaser for eFootball PES 2021, Konami has also announced its absence from the E3 this year. Reportedly, PES 2022 will be the first PES game to be released for the next-gen consoles. With months away from the release, we expect more news about PES 2022 in a month or two.

Related – Steps to recover a lost account in PES

What are your thoughts about the new PES 2022 logo leaks? Do you like the new logo? Let us know in the comment section below! 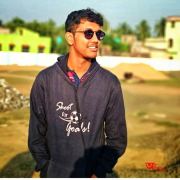 I am just finding a way between doing things which I like and things which I have to. Deeply passionate towards football and music. Currently working as a content writer and a profound lover of games which keeps one refreshed towards life and your perspectives about it amid all the daily stress we all deal with.