PUBG: New State started taking pre-registration from India. The long wait is over for all the fans in India as the announcement came just a little ago. Both Android and iOS users can pre-register the game on their respective app stores. And along with the pre-registration, App Store lists PUBG New State expected release date as October 8, 2021.

PUBG New State, a sequel to PUBG Mobile and set on a plot in the future, is an upcoming project from KRAFTON. The futuristic game attracted the audience’s interest with the amazing and exciting features it has. So far, PUBG New State has conducted a closed alpha test in the US and then a second closed Alpha test in 28 regions.

How to pre-register for PUBG New State from India

Both Android and iOS device users can complete the pre-registration process on Google Play and App Store. Upon pre-registering for the game, players will receive a limited-edition vehicle skin permanently as the reward for pre-registration.

PUBG New State, as we know so far from the game footage and testing experiences, featured a map named TROI. The game supports in-depth weapon customization and offers futuristic tech. Some features are completely different in many aspects than the current PUBG Mobile.

Are you excited to know the global release date and pre-registration opening for PUBG New State in India? Do let us know in the comments below! 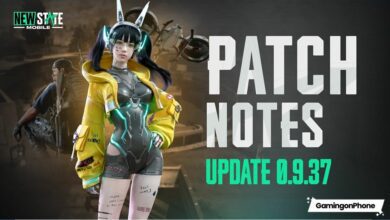