Riot Games has now partnered up with Among Us, the insanely popular social deduction game for the second act of Arcane, an animated series based on League of Legends, the popular MOBA title that also has a mobile version, Wild Rift.

Crewmates from Among Us join Arcane celebrations

Unlike the Fortnite and PUBG Mobile collaboration events, not much has been revealed about it yet and it only has been hinted at in the official Riot X Arcane Progress Days video, which shows off a bunch of games that are a part of this event like Legends of Runeterra, PUBG Mobile, and Valorant. In the video, crewmates from Among Us can be seen wearing League of Legends themed gear, so it’s likely that players in Among Us will be receiving some cool-looking League of Legends themed cosmetic rewards like those seen in the trailer video.

The Progress Days Event will be live from the 7th of November to the 13th of November, 2021 and is meant to celebrate the Second Act of Arcane, which will be streaming on Netflix on the 13th when the event ends.

We’ll probably be getting more information on the rewards that players will be receiving as a result of this collaboration soon. Meanwhile, for more info regarding the events, interested players can refer to the official website.

How excited are you about the partnership of Among Us with Riot Games for the League of Legends animated series Arcane? Let us know in the comments section below!

Tags
Among Us Brand Collaborations League of Legends Wild Rift 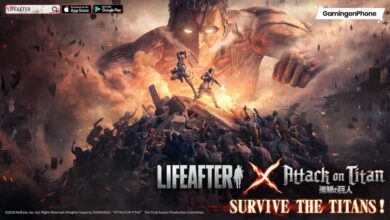