PUBG Mobile has added an all-new EvoGround mode named ‘Power Armor’ which also features the ‘Matrix event‘. Following the release of the PUBG Mobile 1.3 beta update along with the patch notes, the battle-royale game has now announced the update as a tweet in the PUBG Mobile Global version. This mode allows the players to build a heavy-plated, turbo-charged Power armor in the Matrix bases and dominate the battlefield.

This new mode can be only played on the Livik map and the players can find immense loot along with the elusive flare gun.

Collect Nano Crystals and blueprints to craft the Power Armor

Each of these parts needs to be purchased in the matrix lab. The price of each item is 1200 Nano Crystals and 1 Blueprint each. This sums up to be exactly 3600 Nano Crystals and 3 Blueprints which will not be very easy to collect while you also need to combat with other players to survive. These crystals and blueprints are scattered over the entire map.

The Livik map will also contain another new feature called ‘Super Crates’ or ‘Matrix Crates’. These crates will spawn in only two areas and the location will be revealed, once you are in the spawn place. They would give you a large number of crystals and sometimes a blueprint too.

Perform Hyperjumps with no fall damage

After the Power Armor has been successfully assembled, players will gain new abilities like Hyperjump which allows one to jump higher and take no fall damage. A new and special ability called ‘Dragon Breath’ will be unlocked which can knock off an opponent in a single blow.

Are you excited about PUBG Mobile introducing the Power Armor Mode and the Matrix Event? Let us know in the comment section below! 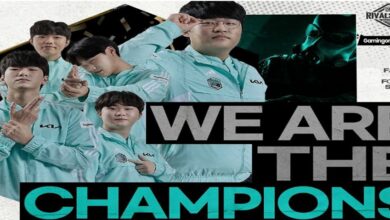