Battlegrounds Mobile India, popularly going by the name BGMI, is a battle-royale game available in India, and is the country’s very own exclusive version of the global superhit game PUBG Mobile. Ever since its highly anticipated release on the 2nd of July, 2021, the game has gone through many eventful moments and has been a host to millions of players across the country. After covering an entire year and stepping on its first anniversary, we will look at the different feats and glories achieved by BGMI as well as what could have been done better.

The esports community of the game is perhaps the most popular thing about the game, except for its gameplay itself. The hype regarding it was sky-high ever since the moment the game came out, with the large fan bases of several teams and players waiting for the moment they will clash to bring home an official trophy.

The first tournament came in the form of a friendly invitational called the BGMI Launch Party and was won by Team IND after sheer dominance throughout the two days of gameplay. Unlike earlier when PUBG Mobile was still playable in India, BGMI saw a steep incline in the number of unofficial Esports tournaments with Prize Pool, which rivaled the likes of official tournaments. Online streaming platforms such as Loco, Rooter, and YouTube hosts such as Villager Esports, Upthrust Esports were some of the major organizers.

We also saw the first-ever edition of the BGIS, and Skylightz Gaming became the first national champions. Since then, players have also seen the BMOC and BMPS being hosted, which yielded the newly revived Team SouL as the dominant champions.

The game had one of the best, if not the best reception in the Indian gaming market. Millions and millions of people flocked to get the game, as soon as it was released, which resulted in the servers being temporarily down due to the simultaneously heavy traffic. The game, which was continuously delayed for some half a year and more, had peaked the anticipation of the audience, which is the reason behind its booming debut.

The revenue graph is upward but still not enough exclusive content

In the first month itself, the game had witnessed 2.4 million peak concurrent players. Since then the downloads are declining and on average its getting somewhere close to 3 million monthly downloads. Now looking at the revenue graph we can see that the growth of revenue is pretty decent. But compared to the revenue growth, we do not see exclusive in-game content for BGMI. At the time of writing this article, the has generated a total of $11.7 million in revenue and 51.5 million downloads, according to data shown in AppMagic.

For instance, the Korean version, GFP or the Chinese version of the game has many more exclusive events and skins, which cannot be found elsewhere. Thus, when BGMI was released, the same treatment was expected, but it has repeatedly been shunned of any such attention and at times, even less than the regular global version.

We understand that the ARPU (average revenue per user) in the Indian market stands low, but considering the total revenue, Indians could expect better exclusive content. The last 3 month’s revenue stood above $1 million. In April BGMI generated the all-time highest monthly revenue making a total of $1,272,297 (10 crores 10 lakh INR), in May it made $1,189,155 (9 crores 44 lakh INR), and in June the number stood at $1,221,722 (9 crores 70 lakh INR). So even after this if Indians do not get the love it deserves from the dev team, its definitely a frustrating factor.

Game optimisation could have been better

Despite a sensational reception from the millions of fans waiting for the game, there was soon a string of numerous issues within the game, which drove the players and developers up the wall. Bad optimization, abrupt frame drops, absurd ping, and desync were some of the more troublesome problems experienced in the game. Players often found the game unplayable due to the above reasons, as even simple actions such as picking up a gun to shoot during hot-drop gunfights became a pain to be dealt with.

Just around the first anniversary, BGMI players experienced server outrage for long hours in a single day. In the first phase, the game went down for nearly 12 hours and in the second phase, the servers were unavailable for nearly 3 hours.

There arose another, even bigger issue, which is the steadfast increase in the number of hackers. It became so rampant, that it became a common sight to see more than one hacker fighting each other at the same time in the same match. Flying cars, getting headshots from moving vehicles, damage behind cover, the pain was endless.

This caused a very large chunk of players to either give up on the game or migrate to other games for the time being. Even the official BGIS tournament was delayed because the hackers were present there as well. The developers gradually implemented anti-cheat measures in the game, which dealt with the majority of hackers. Although they still exist, the number is much lower. Apart from these, the game review has been generally good.

The first game to be broadcasted on TV in India

BGMI is the first esports game to be broadcast live on television and came with its own spices. Although the music production seemed a bit excessive, and the casting was a bit lacklustre at times, the team at NODWIN overall did a pretty commendable job. Given that it was the first of its kind, the casting and broadcast were relatively hassle-free and smooth, which clarifies that the parties involved were certainly upto the task.

In the past year of its existence, BGMI has collaborated with some very prominent brands and programs including car brands such as McLaren, Lamborghini, and Tesla, and other brands such as Godzilla vs Kong, Liverpool FC, etc.

These collaborations have contributed a lot to the popularity of the game and made it known far and wide, as even Elon Musk himself tweeted about it. It also secured the company a good amount of revenue from in-game payments from people who spent huge amounts of money to get the premium skins.

There is no special anniversary mode, or exclusive skins as opposed to the other versions, which has caused discontent, and understandably, among some players who set their expectations higher on the bar. BGMI does not offer anything special except a small in-game event and an anniversary lobby. Most surprisingly there’s not a single announcement on any of the official social media handles.

Although hugely successful statistically, the game is plagued with internal issues. The late response time of developers is one of them. Players have often made it clear that they don’t want new modes every season, but a fully bug-free experience with older events being rotated from time to time.

Many players have abandoned the game due to the stale and saturated gameplay, and due to problems with the mechanism and the plight of hackers. Thus, to sustain the game, Krafton needs to stop taking BGMI for granted and take steps to ensure that they pay attention to the needs of the player base.

What are your thoughts on the BGMI first anniversary? Let us know in the comments below! 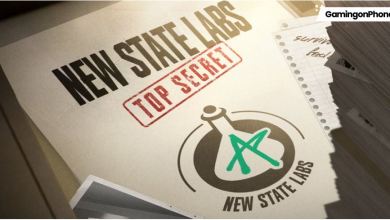 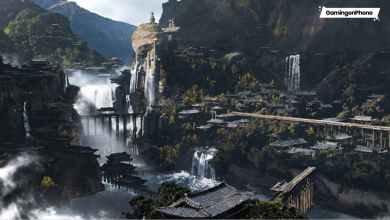 Krafton announced a new game based on the Korean web novel, The Bird that Drinks Tears 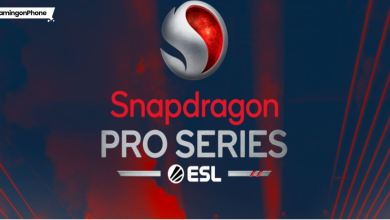