In League of Legends Wild Rift, Katarina is a melee assassin champion known for swift and slippery gameplay that requires practice and skill. Commonly, she is played in the mid lane so she can roam around the map, get early kills, join team fights, and become online earlier. However, playing her is not exactly easy and could be tricky the first time you pick her up. In this guide, we will look at the best runes, spells, and builds, including tips and tricks, and combos to pave your way to victory with Katarina in League of Legends Wild Rift.

Katarina is a champion that has one passive ability and four active abilities. In this Katarina guide, we will see what are her abilities in LoL Wild Rift, how they work, what should be maxed out first, how to use them effectively and efficiently, and some tricks you can do with them.

Takedowns on enemy champions reduce ability cooldowns by 15 seconds. Katarina slashes at all nearby enemies whenever she picks up a Dagger, dealing 72 magic damage (72 + 100% bonus Attack Damage + 58% Ability Power).

Throws a Dagger, dealing 75 magic damage (75 + 30% Ability Power) to the target and 2 nearby enemies. The Dagger then ricochets to the ground behind the initial strike point. The Dagger’s time in the air is the same regardless of how many times it bounces.

Tosses a Dagger in the air and hastes Katarina by 30%.

Blink to a location near a Dagger or unit, dealing 44 magic damage (15 + 50% Attack Damage + 25% Ability Power) to the nearest enemy. Picking up a Dagger greatly reduces the cooldown of Shunpo.

Rapidly throws blades at the 3 nearest enemy champions, dealing 350 magic damage (350 + 260% Attack Damage + 260% Ability Power) and applying Grievous Wounds. Katarina can move and throw the blade for up to 3 seconds.

Skill up Methods for Katarina

Best Runes Setup and Spells for Katarina in Wild Rift

Here in this part of the guide, you will see the most efficient Runes setups and the best Summoner Spells for Katarina Wild Rift depending on your matchup and the enemy composition.

This rune setup will be most efficient when you are against a mage or a ranged champion in the mid lane. In addition, this will be good if the enemy composition has at least 3 ranged champions which you can assassinate faster with the help of Electrocute.

Compared to Electrocute, this will be most efficient when you are against a melee champion in the mid lane since melee vs melee matchups usually end up in early long trades which Conqueror will be most effective on. Furthermore, this will be good against team compositions composed of 3 or more melee champions since you will be in the melee range more.

Hunter – Vampirism is standard and will give Katarina huge values in any game. However, take note that you can swap Regeneration with Backbone against melee matchups, and you can swap Hunter- Genius with either Sweet Tooth for sustain, or Pathfinder for stronger roams.

This is the most standard spell on the game, and you can take it on any champion. Although, since Katarina is a very mobile champion you can make a choice of not taking it.

Since Katarina already has Grievous Wounds on her ult, you can make a choice of not taking it. But, take note that this spell gives the most kill pressure on all Summoner Spells out there besides Flash.

This spell will give more defensive options and stronger dueling power. In addition, this can be used offensively by slowing enemies.

No matter what match-up, Hextech Gunblade will be your standard item. This will give Katarina useful stats like Attack Damage, Ability Power, and Spell and Physical Vamp. Also, the activity it provides will be super valuable in adding damage and chasing potential to Katarina. Infinity Orb will be built first against squishier targets, while Liandry’s Torment will be built first against tankier targets. Moreover, it synergizes well with Conqueror.

Rabadon’s headcap will always be valuable to champions that scale with Ability Power, while Void Staff will give Katarina stronger damage against enemies that build defensively against her. Only viable Enchantments will either be Zhonya’s Hourglass, a defensive option, or Hextech Protobelt, for the offensive option. In some situations, you can build Death’s Dance as a defensive option, which also provides physical offensive stats at that.

There will only be three tips in this guide to help you with your Katarina gameplay. First, practice and make sure that you can do your combos consistently. Second, know your matchup (which will be mentioned below). You should know if you can take on your enemy on a certain level, what runes and build you should run against your enemy. Our League of Legends: Wild Rift Katarina guide includes the perfect game plan to use her in-game.

Moreover, there are times where you are totally countered by your enemy champion, and you cannot fight them at all no matter phase of the game. Third, is Roaming, Katarina is a champion that relies on having a strong lead which she can then capitalize on to go stronger and stronger. To add, roaming will help Katarina get multiple early kills making her come online faster.

As mentioned earlier, take the right runes and build depending on the enemy champion you’re against. However, there are champions that will straight-up own you, and you cannot fight no matter what. These champions are Corki, Tristana, Annie, Ahri, Zed, Fizz, Yasuo, and the upcoming champion, Pantheon. Moreover, the reason why is because these champions either outrange Katarina on the whole phase of the game or because they have their own access to CC which can shutdown Katarina, or a combination of both.

For the case of Yasuo, Zed, and Fizz, these champions do not have that much CC and range, but they have high outplayed potential against Katarina which can be a problem when against more experienced players. Against these champions, resort to Roaming to get and grow your lead.

It is the term generally used for moving around the map. Since you are supposed to go into the mid lane, you will be in the middle of the map, having many options in where to go. The idea is to shove or kill the minions as fast as you can and go into which lane you think you can get kills and at least summoner spells from the enemy.

Moreover, doing this, again and again, will be valuable for your team and will remove the factor of the enemy champion you are against with killing you. Also, Katarina loves team fights and skirmishes. When they occur, come, and join as much as possible.

As Katarina, you will be using your abilities a lot, and certain combos will be vital on how you will deal damage efficiently according to what you are aiming for, safe pokes, all-ins, swift clean-ups, etc. Remember, if your combos successfully kill a target, you have options with your Ability 3 to either run away or switch to another target and use your other abilities to kill. You can perform these combos with Katarina to gain an upper hand in the fight.

This combo will be one of your all-in combos. For those who don’t know, all-in means you will use all your abilities to kill or assassinate a target.

There are times where you can use your Ability 2 to fake that you are backing or retreating, then turn to the enemy and kill them. Moreover, this will make your combo unpredictable.

Katarina is a snowball reliant champion. If you are not familiar with the term, she is a champion that relies on getting a strong lead and using it to become even stronger. Also, not getting a lead will deny lots of Katarina’s value and can even be a burden to the team. When playing Katarina in Wild Rift, make sure to do the said tips in this guide in order to become stronger as fast as possible.

Read our other League of Legends: Wild Rift articles here!

That’s all for today’s League of Legends: Wild Rift Katarina Guide. Do you prefer to use Katarina in any other way? Let us know in the comment section below! 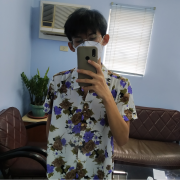 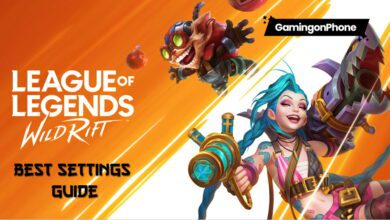 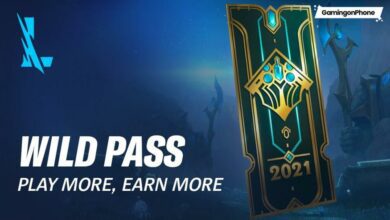 Wild Rift: Is the new Wild Pass worth buying