Playing ranked mode in Mobile Legends Bang Bang (MLBB) is not an easy task to do. A growing list of meta heroes and the growing community of dedicated gamers fuels up the chances of getting matched with many good players while trying to climb up the ranks. This comes with the fact that there is not a single way to guarantee a win every time. So, banning certain heroes during the draft pick phase becomes a key role in determining the outcome of a match. That being said, let’s take a quick look at the 5 most banned heroes in Mobile Legends, and why they are so feared in the meta. However, do remember that the rankings of these heroes in the list are relevant to Legend Rank and above only.

What are the most banned heroes in Mobile Legends ranked mode?

Brody, the marksman hero has always been on the ban list since the day he was released. With a whopping 86.8% ban rate, he is at the top of the list of the most banned heroes. Despite receiving multiple damage nerfs over the last few patches, Brody’s damage output is still quite high. This is due to his passive Abyss Corrosion, which allows him to stack up 4 Abyss Marks on his enemies. This increases his damage dealt and movement speed by 5% from each stack. Brody is also an extremely agile hero. He is able to move around while shooting the enemy. Also, he can use Corrosive Strike to stun enemies, and gain the upper hand in 1v1 situations. Moreover, he becomes immune to Crowd Control (CC) effects during his ultimate, Torn-Apart Memory.

Should you ever meet a Brody in Ranked mode, be sure to pick assassins with high burst damage and targetted CC skills. These include heroes such as Helcurt, Natalia, and Selena, or tanks such as Atlas and Tigreal, who can negate Brody’s stun.

MLBB’s 100th hero turned out to be a special one, as Benedetta is a high-value pick in any Ranked match. At 2nd place, she is banned in 77.2% of ranked matches. She is a very versatile hero because although she is an assassin, most players opt to play her in the side lane, either in the Gold Lane or the EXP Lane. RRQ Hoshi’s Psychooo even played her as a tank in the recent M2 Tournament. With the right build and emblem setup, Benedetta brings a high early-game damage output. She also brings in great late-game sustainability to the table, making her an extremely dangerous pick in Ranked.

There is really no easy way to counter Benedetta, as her versatility extends beyond her skillset and into her build. The best way to play against one is to ensure that your team has a good number of CC skills and good sustainability right from the start of the game. Also, she must have high burst damage to eliminate her before given the chance to counter with her skills. Some recommended picks are Ruby, Thamuz, Khaleed, and Lunox.

One of MLBB’s oldest heroes, Natalia has been through many adjustments. And finally, she is recognized as a dangerous pick in Ranked mode. In third place, she sits on the ban list with a 73.25% ban rate. Similar to Benedetta, her title of Assassin is not so strict, as she is most often played as Tank/Support. Natalia’s unique skillset of being able to stay invisible throughout the map and silence the enemy heroes is the reason why she has stayed on the ban list for a long time. Her influence on the map allows her teammates to farm safely. Also, you can retreat on time before being ganked by the enemy team. She also punishes enemies who decide to farm or lane alone, which slows down the enemy team’s rotation and farming.

However, Natalia is not invulnerable and is weak to heroes with large Area of Effect (AOE) skills. These include heroes such as Kaja, Rafaela, Nana, and Zhask, and also heroes who are able to provide map vision remotely like Popol and Kupa, Selena, and Kagura. These are good counter-picks to Natalia, but if their skills are not used properly, good Natalia players will still be able to overwhelm you and your team.

At 4th place with a 62.5% ban rate, Esmeralda, the charming astrologer is feared by many in Ranked mode. This is due to her skill Frostmoon Shield, which gives her the ability to gradually convert the shield of her enemies into her own. This synergizes with her passive Starmoon Casket, which lets Esmeralda turn her shield into HP, all while ignoring the enemy’s shield while attacking. This skillset is very worrisome as many strong heroes in ML such as Lolita, Harith, Lapu-Lapu, and Chang’e depend on shields in their gameplay. An Esmeralda pick on the enemy team can severely limit the hero choices of your own team, which is why many believe it is just safer to ban her.

Luckily, Esmeralda is not that hard to play against. She has a weak early game. So playing a strong offlaner such as Thamuz, Benedetta, Guinevere, and Yu Zhong, or picking tanks with high CC potentials such as Tigreal, Akai, and Khufra, as well as mages with a high burst like Kadita, Lunox, and Luo Yi, should theoretically be ideal. Baxia is also a good counter pick against Esmeralda due to his passive that naturally decreases the regeneration of enemy heroes. This is also doable by taking items such as Sea Halberd and Necklace of Durance. Another good way to secure the win early is by ganking the lane often. By doing this, the enemy Esmeralda will be under-farmed, giving your team an easier time in the mid-to-late phase of the match.

Last but not least, the Shadowbringer, Helcurt, places 5th with a relatively lower ban rate of 38.1%. Helcurt has always been a strong pick ever since his release in 2017. His Ultimate skill Dark Night Falls blinds the enemy team’s vision of the map. This is very easy to combo with follow-up CC skills in a team fight. In addition, his ability to silence his opponents with Shadow Transition is deadly, especially when used in conjunction with a fully stacked Deadly Stinger. Helcurt is very effective against almost all junglers, making him a viable pick to eliminate squishy enemy heroes, hence his relevance to the current meta.

In order to play around Helcurt, most of the burden falls on the jungler and the tank. Tanks that specialize in covering their junglers like Hylos, Tigreal, and Jawhead will be useful to ensure that a gank by Helcurt can be rendered ineffective. Choosing a good jungler is also important, and heroes that are unconventionally picked as junglers like Leomord, or Freya could work. If these heroes are not in your pool, safe picks like Yi Sun-Shin and Roger are quite flexible against Helcurt.

Despite being banned by the majority of players in ranked mode, you should always look at other factors. These factors include your team composition, enemy team composition, and your own playstyle before deciding to secure a hero pick. Just because your team has the first pick, does not necessarily mean that picking Brody will guarantee you a win. Always look at the situation and decide what is best for your team. This is because in the end, MLBB is a 5v5 match, not a solo game.

That’s all about the most banned heroes in Mobile Legends! Let us know your opinions in the comment section below! 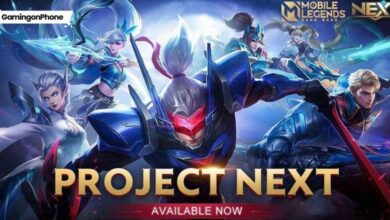 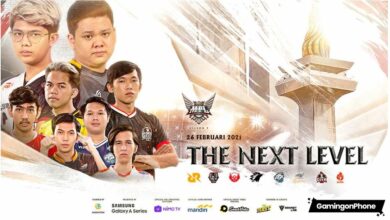 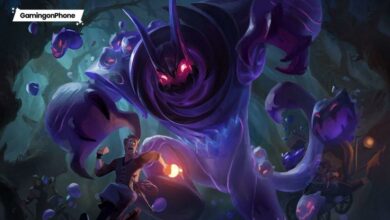 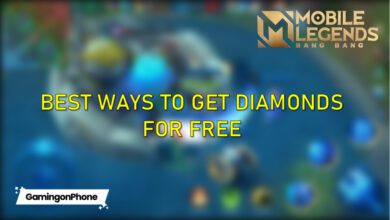