eFootball PES 2021 has definitely upped the ante when it comes to the releases of Iconic Moments. Since the Datapack 2.0 update, users can relive match-winning performances from all the legends of the game in coin packs where several clubs have their icons up for grab. Several users have a great array of Iconic Moment players over a set of different clubs, with some mainly focusing on collecting Iconics from their favorite clubs. End of the day, it all depends on luck. With legends being easily churned out in the game slowly, Iconic Moments players can add to the real glam of your squad. Despite the odds to get an Iconic Moment player is very low, in this article, we shall review the Liverpool Iconic Moments in PES 2021.

Whenever any new Liverpool Iconic Moments are released, this review will be updated with the new set of players. We have previously reviewed the Iconic Moments players of the following clubs from PES 2020, so feel free to check those reviews out.

“That’s a magnificent pass from Fowler…Owen, hattrick hunting Owen hattrick getting. Brilliant Michael Owen… Liverpool three, Newcastle United nill.” The day was May 5th of the year 2001, the world, especially England then had a new young sensation in Michael Owen, the last Englishman to win the Ballon D’or, which he received for this very season. The third and the hattrick goal is actually the aforesaid iconic moment, which, with the help of substitute Robbie Fowler‘s sumptuous lob through-pass, made Owen complete Liverpool’s revenge upon Newcastle in front of 44,000 fans at Anfield, for the 2-1 loss in the reverse fixture back in November.

Owen scored 16 league goals that season, which included two hattricks. With the victory against Newcastle, Liverpool strengthened their Champions League qualifiers spot. Eventually, Owen became Liverpool’s top scorer that season, helping them to finish 3rd in the league, besides winning the FA Cup, League Cup, and the UEFA Cup (now Europa League). Needless to say, such a season and such a hattrick moment deserved an Iconic moment card.

Just like any other Goal Poacher, Owen is very fast on the pitch, he has a speed, acceleration, offensive awareness, and finishing of 99, with the club boost. Without club boost too, the traits are somewhat similar. He exactly plays like what a 99-rated CF should play and has excellent ball control, whenever you go move for an attack, he will try to receive forward through-balls. Double Touch, Sombrero, Long Range Drive, Outside Curler, First-time Shot, Heel Trick, Chip Shot Control, Acrobatic Finishing are some of the skills he can perform.

As you can see most of his skills are shooting-based rather than being passing-based. Owen is a good finisher with great pace and ball control, however, he is not so good with headers, and also has a low physique. So if Owen receives passes and if the angle is suitable, don’t hesitate to shoot at the goal.

As we stated earlier, Owen is not so good at headers, especially the downward headers from crosse or setpieces. Hence it is advisable not to use Owen if you play through your wings and put in a lot of crosses for headers. Also, if your tactic is to depend upon a solo striker to score goals, Owen would be the worst option. However, if you play through the middle, having two center-forward upfront, Owen would be the best option available. Owen works best when he has a good supplier of through balls and a striking partner to provide through and lay-off balls. He is also good for counter-attacking formations with two CFs, once he becomes familiar with the manager’s tactics.

“Here is Torres, early strike… Oh my word, it’s absolutely magnificent.” The charismatic Spanish was a hot property of the then Liverpool squad. The discussable iconic moment goal came as early as the 5th minute when, Fernando Torres chested Jamie Carragher‘s lob pass and swiveled to volley the ball on the far corner, past Blackburn Rovers goalkeeper Paul Robinson. After scoring this sensational goal, Torres also scored from a header, later in the match. With this brace, Torres obtained a BBC Sport match rating of 9.13. The match ended 4-0 in Liverpool’s favor and this victory in the 32nd gameweek strengthened their Champions League football hopes for the next season and put pressure upon the leaders Manchester United.

Though Manchester United eventually became the champions with just 4 points difference with 2nd placed Liverpool, Torres’ 2008-09 season with Liverpool was a memorable one for many Liverpool fans. Needless to say, Liverpool and Torres gained many overseas fans and the spotlight after this season of Fernando Torres.

Fernando Torres is a goal poacher in the game with high ball control, finishing, speed, and offensive awareness. Unlike Owen, Torres is especially good with headers due to his better height and physique. He also has ‘heading’ as one of his special skills, besides numerous shooting and dribbling skills.

However, Torres is not a good passer of the ball just like many other center-forwards. Although, if compared to Iconic Owen, Torres has a better physique, better at headers.

Torres can be a good addition to your squad upfront, irrespective of your formations. However, if you play a false-9 forward, which is a rare sight in e-football, don’t use Torres. His offensive runs to receive through balls, one-touch finishing, heading, speed make him a top-notch forward of the game. If he has a striking partner like in the formations 5-3-2, 4-4-2, 4-3-1-2, etc. enhance his attacking abilities further. In case you own both Owen and Torres, we must say you don’t have to worry about the forward department much. Don’t use him as an SS, even after using a position booster. He doesn’t play well there.

25.05.2005. ‘That night in Istanbul’. A night no Liverpool fan would ever forget. This iconic moment requires very little introduction to football fans around the world. It was the UEFA Champions League final of the season 2004-05. Liverpool faced a heavyweight team and favorites AC Milan. An AC Milan squad that pretty much dominated the football that time with the likes of Shevchenko, Kaka, Maldini, Crespo, Gattuso, Pirlo, Cafu, Nesta, Stam, etc. In the first half, AC Milan took a comfortable 3-0 lead courtesy of the goals from Maldini and a brace from Hernan Crespo. At halftime, the 69,000 fans present in the Ataturk Stadium, Istanbul, thought that the match is pretty much done and dusted.

Nobody saw an underdog Liverpool side covering up a 3 goal deficit within 45 minutes, that too against Carlo Ancelotti’s AC Milan. But a half-time chat from Liverpool captain Steven Gerrard reversed the cards to Milan fans’ dismay and Liverpool fans’ joy. The discussable Iconic moment came at the 54th minute when Steven Gerrard headed in the lofted cross from John Arne Riise past the Milan goalkeeper Dida and initiated a dramatic comeback. The match then ended 3-3 as Liverpool covered up their deficit and in the penalties. Liverpool goalkeeper saved Pirlo and Shevchenko’s shots to make sure his team wins the penalty shootout by 3-2 and hence wins the Champions League for the 5th time. Steven Gerrard was adjudged the man of the match as his header started the dramatic comeback in this iconic match in football history. There’s no doubt it deserved an iconic moment player card in eFootball PES 21.

Reviewing Steven Gerrard’s iconic moment card is easy. He is the best midfielder you can get in PES 21. He’s a box-to-box midfielder, which means he will help both your offense and defense equally. With club boost, he has 99 overall maximum. The passing, long-range shooting of Gerrard is just brilliant. He has a shooting power of 99, which clearly explains his expertise in long-range shooting.

So if your Gerrard has the ball on his feet just outside the box, don’t hesitate to shoot and score a banger. A typical of Gerrard in his playing years. His skills are mainly passing and shooting-based. Also, he has captaincy and fighting spirit as his skills, based on this match and also, his entire career.

As stated earlier too, Gerrard is the best midfielder you will get in PES 21. If you have a 4-4-2 formation, you can play Gerrard as the left-central midfielder. He can play in the CMF position for any formation. He is also a decent DMF if you have an attacking strategy of possession play. However, he isn’t that good at AMF because box-to-box midfielders never are.

The same match that featured Gerrard’s iconic moment. The Spanish midfield maestro was also a pivotal part of the 2005 Champions League final winning Liverpool squad. The 2nd half comeback started by Steven Gerrard was drawn to a conclusion by Xabi Alonso, who equaled the score at 3-3. Gennaro Gattuso fouled Steven Gerrard in the 60th minute inside the box to concede a penalty. Alonso came forward to take the penalty, which was saved first by Dida, but Alonso managed to score from the rebound. No doubt, a moment like this, deserved an iconic moment player card in PES 21.

Xabi’s playing style is as an orchestrator, with high stats in the passing department. His max with club boost is 97. However, despite his position being a DMF, he isn’t a traditional DMF you might want to keep in your team to help your defense, just like people do with Vieira.

Xabi is an orchestrator, a deep-lying playmaker(much like modern day’s Thiago, Luka Modric), who will initiate build-up from the deep, and won’t go much near or into the opposition box, unlike box-to-box midfielders. He is also a good setpiece taker, and his skills are mainly passing-based.

If you want the bet out of Xabi Alonso, use him exclusively at the DMF position, but make sure you don’t depend upon him to play as an Anchorman or Destroyer to win back possession. He will be the best choice as a DMF in a 4-3-3 or 4-1-2-3, 5-3-2 formations, where you have enough men in the defense so that your DMF can focus on playing as an orchestrator. 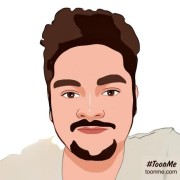 Started with Nokia's Space Impact and Snake II. Gradually with the course of time fell in love with football and its related games. DLS, FIFA mobile and now here I am, trying to play with different managers in PES mobile. I prefer sports games over anything, and my love for football made me stick with PES for a while, in a generation of shooting RPGs. Also, fond of analysing fantasy football, trying to reach new heights in the same.