Slowbro is one of the many Pokémon characters that can be played in the Pokémon Unite MOBA. Slowbro is a ranged defender that specializes in regaining HP while soaking up damage dealt with it, by the opposing Pokémon. Due to his high defensive stats, Slowbro is optimally played in the top lane with other attackers. In this guide, we will take a closer look at the best battle items and abilities, including tips and tricks to play Slowbro in Pokémon Unite.

Slowbro can be purchased from the Unite Battle Committee using 6000 Aeos coins or 345 gems. The shop consists of all the characters available from which players can view general info, stats, and abilities of the Pokémon, before purchasing them.

Slowbro moveset options are quite diverse. As a ranged defender, one of the prime tasks lies in stopping the enemy team from scoring goals and defeating other Pokémon.

It becomes a booster attack, with every third attack. When this boosted attack hits, it deals damage to opposing Pokémon and decreases their movement speed for a short time.

The skill shoots water forcefully, dealing damage to the opposing Pokèmon and decreasing their movement speed for a short time when it hits. Holding down the button for this move, it increases its Area of Effect (AoE) and damage.

It has the player slack off, continually restoring its HP for a short time. While the player is slacking off, if the player moves, performs a basic attack or uses a move, has a hindrance inflicted on it. Otherwise, the HP restoration effect has been interrupted and it continues at decreased power.

It has the player staring at one of the opposing team’s Pokémon and attacks continuously, dealing damage and binding it. It grants the player a shield and makes the player immune to hindrances, while it uses this move.

Further in this guide, we will discuss the best-held items for Slowbro in Pokémon Unite, as well as its best battle item.

Below are some highly valuable items that can be taken into battle, while using Slowbro.

Our Pokémon Unite Slowbro guide includes the perfect game plan for the early and late game during the Unite battles.

In the early game, one must prioritize scoring as many goals as possible. Therefore, one must try to capture as many wild Apioms as possible, to further increase the goal points, when one is about to score. The benefits of doing this are that one would gain extra exp. from scoring points. This should be easy for Slowbro, especially withheld items like Score Shield.

After attaining Lvl 4, players should choose their desired ability and use it to deal damage to the opposing Pokèmon, while reducing their movement speed. This makes it harder for them to escape. While laning, players should always try to protect the attacker in the lane.

Slowbro, being a very durable hero, has lots of HP and can also regenerate lost HP quite easily. Players should try to rotate to the bottom lane to help the teammates take the Drednaw, as the Exp boost and other perks granted by Drednaw would be really useful in turning the tide of the battle.

In the late game, one should have a higher experience level than the enemy’s Pokèmon. This is due to the intensive rotations and goal-scoring in the early game. While using Slowbro’s Unite Move, players should always try to focus on the enemy’s main attacker. This will give the team the edge, especially during teamfights.

The Unite move is really great at single-handedly defeating enemies, since they would not really be able to act, while they are bound. Players should also try to help their team secure Zapdos, as Slowbro is the main defender for the team. As we all know, the perks granted by Zapdos can really change the course of the match. Therefore, players should rally their teammates and take Zapdos for the team, whilst protecting them.

Being a defender, Slowbro should try to stay in front of their teammates and soak up as much damage as possible during fights. When he’s not busy soaking up damage, he must try to score as many goals as possible.

Slowbro with other Pokémon

Our Pokémon Unite Slowbro guide also focuses upon the relationship between Slowbro and other Pokémon.

Our Pokémon Unite Slowbro Guide also focuses upon the relationship between Slowbro and other Pokémon.

Pokemon which are strong and weak against Slowbro

This guide will also discuss some tips and tricks for playing Slowbro in Pokémon Unite.

Slowbro is a very tanky defender Pokémon, who can really turn the tides of the battle with his skills, which are really good at providing the crowd-control effects needed to give the team the upper hand. Players should remember to always move with the team’s attacker or main damage dealer. It just might increase the chances of success against other Pokémon on the battlefield.

That’s all for today’s Pokémon Unite Slowbro Guide. Do you prefer to use Slowbro in any other way? Let us know in the comment section below! 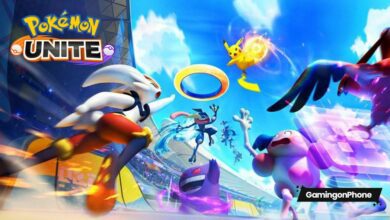 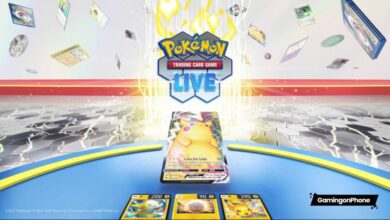 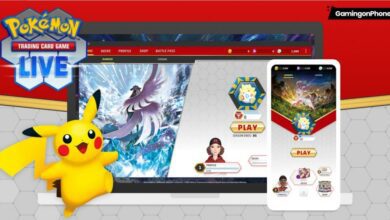