T3 Arena is a fast-paced shooting game developed by XD ENTERTAINMENT PTE. LTD. This game is a 3v3 shooting game, where you will team up with other two random players when you play solo to engage on the battlefield. With 15 heroes currently available in the game, it can be confusing when players who already have multiple heroes unlocked pick and play them on the battlefield. Here is our T3 Arena hero tier list based on their stats and abilities to give you insight on what to pick for your party for April 2022.

We will give you the tier list of the heroes available based only on their abilities since that is what is important to know about the heroes in the game, we will also give you recommendations of the best heroes to pick whether you play solo or in a team together with your friends. Remember each hero has their own ability and difficulties to play, making choosing a hero can be troubling.

The below picks are the best characters that are worth your time to farm and upgrade to their maximum levels. The effect of their presence in the battle is the factor that makes these characters recommended to add to your roster. Here, we will give a good insight into the recommended characters.

An alien ambassador and a touring star from an unknown world which mostly inhabited by various Chlorella-based species. Its main weapon is the Spore gun, an alien weapon that shoots high-velocity explosive spores

An adventurous girl who goes out on an adventure on her own to search for lost treasures. Gloria wields two weapons that you can switch while using her, the first is MD-2 Double-Barrelled Shotgun, and the other one is ZMR Assault Rifle.

The chief trainer of BPA is here to do heavy-lifting and heavy-hitting. His main weapon is Triple-load Shotgun, a powerful weapon with a wide-spread hit, extremely dangerous in close-quarter combat.

With her beloved guitar in her hand, Skadi is letting go of everything but the beating of music. Her main weapon is the Kraken Heavy Pistol, Skadi wields a single pistol as her weapon which deal a decent amount of damage.

A hot-headed but warm-hearted woman, she is a hero of her community and the supporting pillar of her team. Her main weapon is the Bouncy Grenade, and like its name, it is a grenade launcher that fires bouncy projectiles.

A notorious programmer that uses two gauntlets on her arms to do her tasks. Her main weapon is the Beam Weapon, a short-range beam weapon, the longer it hits, the more damage it will inflict.

An ambitious agent. Her elegant bearing is just a cover for her deadly talents. Ruby’s main weapon is Bolts of Fate, she will throw 3 bolts in the shape of a horizontal line.

Being an eX-military, he likes his beer the same way he deals with troublemakers, ice cold. Mark’s main weapon is his Prototype AR, which he wields as a versatile automatic rifle that performs well in mid-range combat.

Ossas is a betrayed hitman. He returns to the battlefield with strange new power. His main weapon is the Nightrust, a single-shot sniper rifle that can be charged to inflict increased damage.

With her robotic buddies, this energic engineer is trying to show what she got to the world. Her main weapon is the Plasma Drill, which can fire 3 flying explosive projectiles at a time.

The vanguard of the team, leading his team to victory. His main weapon Power Blaster is a close-range rapid-firing spray gun, that can accumulate hit with this weapon will trigger a critical hit.

An EX-employee of a research facility turned into a mysterious being in a secret experiment. He returned to find out who he was and what happened to him. Super-Shocker is his main short-range weapon that deals damage in a cone-shaped area, the closer the enemy to him, the higher the damage the enemy will receive.

Medical technology expert and the guardian angel of the arena. Her main weapon, the Energy Repeater is just a normal mid-range rapid-firing energy weapon.

A seemed normal student who actually a key technician in Chacool Tech. Aleta is a wielder of Dual Auto Pistols, two fast and accurate dual pistols, which excel in close-range combat.

A genius child in physics and engineering. His main weapon is the Rocket launcher and as the name suggests, his weapon is just an ordinary rocket launcher.

Best Hero to Pick from in T3 Arena

The game is a fast-paced 3vs3 shooting game, so of course, you will need an agile hero for this. Skadi here is one of the best heroes for this job, supported by her active skill that can trap her enemy while she jumps backward to safety, making this hero is hard to hit. Skadi is an extremely agile hero with a hard-hitting weapon, this combination is deadly to the enemy once you mastered this hero, besides that, Skadi is a free hero that you will get from the beginning.

Victor is a deadly brawler-type hero. His active skill will help you in two things, fighting the enemy and escaping, his active skill is similar to Skadi’s the only difference is that Victor will not jump back to escape from the enemy, you will need to decide the direction of his skill.

If you want to stun the enemy, you will need to direct him to hit the enemy, and the opposite, if you want to escape, you can direct him in another direction away from the enemy. His weapon is very deadly at close range. Victor is in his best performance if the player is brave enough to get close to the enemy. Victor is very suitable for a teamfight, his active skill can turn the table of the battle if used correctly and his allies help him.

Mark is recommended because of his ultimate skill that can make him see the marked enemy through the wall. With that skill, he can relay information to his teammate about where are the enemy’s location and decide whether to attack the enemy or wait for an ambush move to surprise the enemy. His active skill is also very useful for covering his teammate in case his teammate is low in HP and needs to withdraw to the back, his rocket can slow down the enemy from chasing his allies.

Shell is highly recommended to pick when you unlocked her passive skill. Her passive skill will make her sustain longer on the battlefield, because, her passive is a life-steal skill, every time she hit the enemy, her HP will be restored gradually, not only that, but Shell can also teleport using her first ultimate skill, so it will make easier for her to both chase and escape from the enemy.

Iris is one of the best and recommended heroes to pick, but with a condition that you are playing with your friends, not with the public, because it is easy to communicate and cover your allies. Iris’s skills are might not damaging type of skills, but Iris currently the only hero that has full healing skills. Her skills also will be more effective to use if you are playing with people that you can easily communicate with.

One of the best heroes for continuous damage, by using her active skill, you can switch between shotgun and assault rifle to use in the battle, using her, it is recommended for beginner to use the assault rifle because it will continue damaging the enemy and it is easier to hit the enemy with it.

What makes Gloria one of the best heroes is her ultimate skills, both ultimate skills can be used for supportive or offensive purposes, you can help your teammate from being chased using her first ultimate skill and deal a great amount of damage afterward from the explosion, you can also enhance your team attack using the second ultimate skill.

All of the heroes in T3 Arena are easy to learn and understand, it will make the players quickly learn all the skills so they can decide which hero they want to take to the battlefield. Keep in mind that every hero in this game has their own difficulty level to use, with a one-star level as the easiest.

Additionally, do remember that all the heroes available in the game are good, you just need to pay attention to the detail before using them. Especially since all of the passive skills need to be unlocked from the rumble box once the hero reached level 7. The heroes provided will be suitable for all players whether they playing solo or in a team with their friends, except for Iris, who can easily use when playing in a team compared to if you play solo.

What do you think about this T3 Arena Hero Tier List? Let us know your opinions in the comments below!

WGAT ALETA IS BROKEN MY GUY 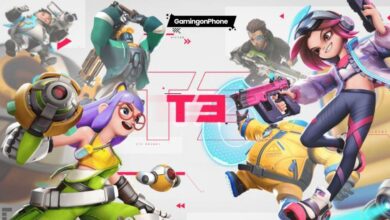 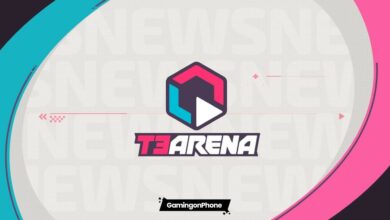 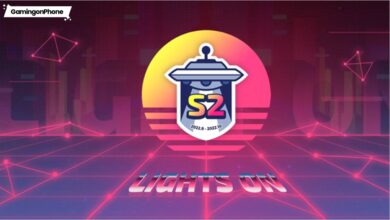